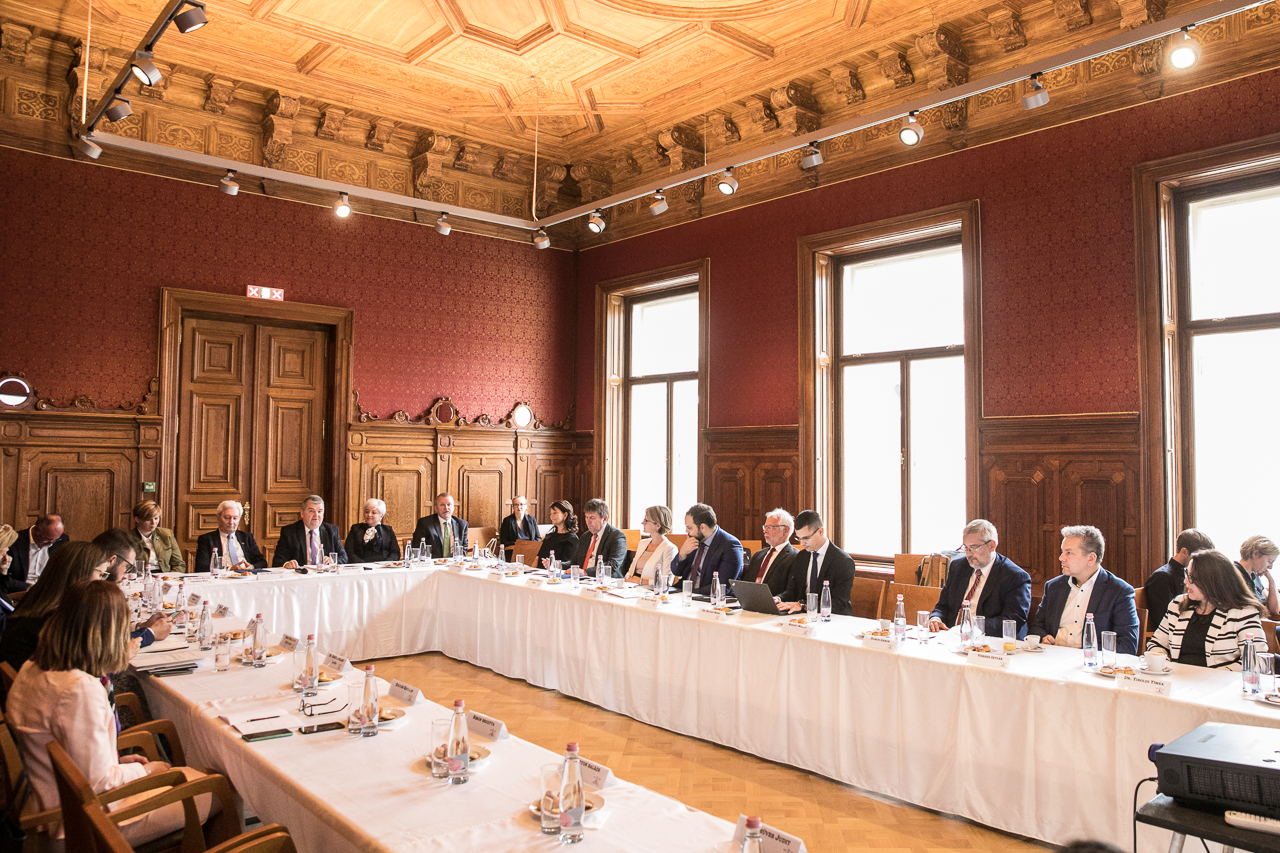 The Board of Trustees offers the money to support The Hungarian Reformed Church Aid.

During its March meeting, the 11 members of Tempus Public Foundation’s Board of Trustees decided to donate one month's honorarium to The Hungarian Reformed Church Aid in order to support people displaced or affected by the war in Ukraine.

The primary aim of the Charity Service is to support people in need in the Carpathian Basin, and since the start of the war, they have been aiding refugees with food, tea, water, hygiene kits, information, and temporary accommodation. Non-perishable food and hygiene products worth tens of millions of forints have been distributed to victims of the armed conflict so far – both refugees and those who stayed in Transcarpathia are being provided with aid packages. The organization has already assisted tens of thousands of refugees, with staff members and volunteers being available in person to help those in need at the Nyugati Railway Station, Budapest Airport and several border crossing point. Tempus Public Foundation’s Board of Trustees aims to support the dedicated work of the Charity Service by offering one month’s honorarium.

Tempus Public Foundation, coordinator of the largest international mobility programmes, has been supporting refugees who study or lecture in Ukrainian higher education institutions since the beginning of the war through the Bridge for Transcarpathia initiative, and the organization is working with national and European organisations on finding ways to adapt its mobility and solidarity programmes to support the crisis situation in Ukraine.