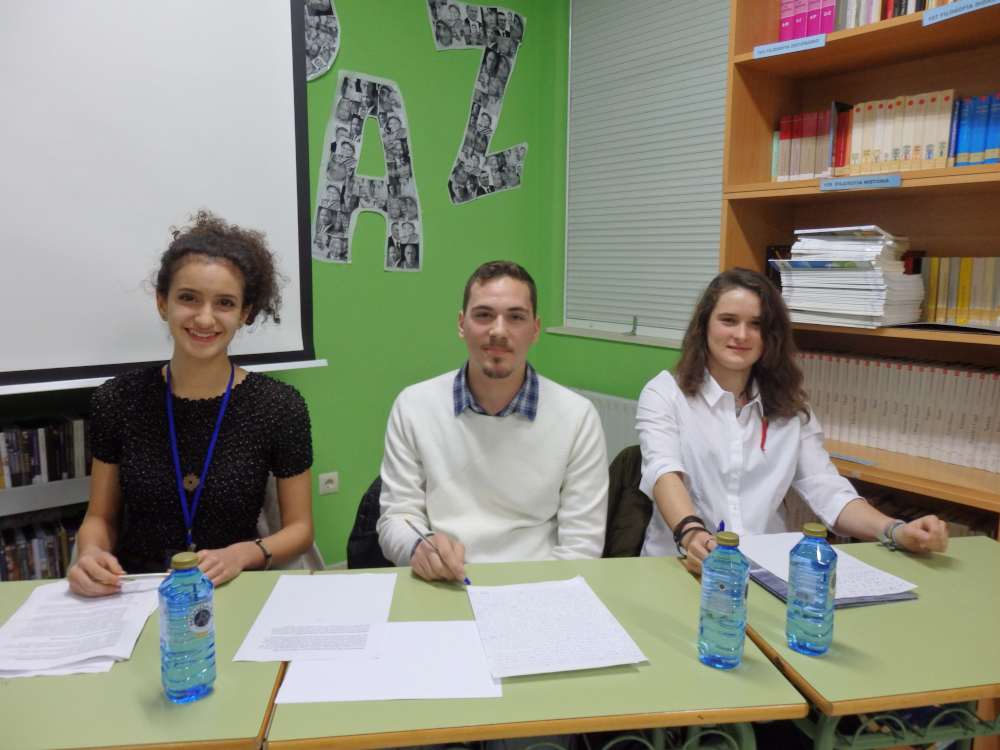 What do you need to have a well-established opinion? How can you represent it? How can you achieve the ability not only to listen to, but also to understand the other party’s viewpoint and adapt it to your reasoning? The Waldorf School of Szeged and its three partners coordinated a two-year-long project together, and now they also have answers to the above questions. The Erasmus+ Quality Award winning project sought to improve students’ reading comprehension and verbal expression skills, but it also brought other benefits for the partner schools beyond the original goals. We talked to specialist coordinators Judit Gera and Ágnes Bató.

Everybody Gets Their Turn in the Debate

About the Method: Although the use of debates as an educational tool is not new at all, it is still uncommon in the Hungarian educational landscape. Basically, the project adapted the Karl Popper debate format, where the participants debate about a given statement according to pre-defined rules, in groups of two or three. The groups can test their argumentation skills at debate competitions.

What topics did you address in the debates?

Ágnes Bató (Á.B.): The debate topics touched on many areas of life and were directly related to various school subjects such as science, history, literature, IT, active citizenship or the general public sphere. Within the school, the teachers of the specific subjects provided great support to addressing the particular issues, and it was also crucial that the topic should be relevant to students' life.

Judit Gera (J.G.): Although our original goal was to enrich teaching English as a foreign language with content which is relevant to the students, too, we can report that the method has also been adopted by a number of our colleagues and applied in Hungarian, too. That’s how debates now make the classes of our history and science teacher colleagues more varied, but they can also be adapted to any other subject where the curriculum can be processed according to various argumentation systems.

Á.B.: Although most of our debates were held in English, the preparatory work was conducted in the native lanugage with the help of colleagues specialised in the given subject matter. Certain topics addressed required such special vocabulary which, in itself, required a lot of research.

Why do you think it’s worth using this method?

Á.B.: Expressing one’s opinion in itself has a benefit of engaging students to a great extent, giving them a very strong motivation.

J.G.: We found that students of 16 to 18 love debates very much and do it willingly. At that age, they have a strong need to define their own identities, and formulating and expressing their own opinions can be a very important tool in that. Moreover, the method is also suitable for involving participants who are basically less extroverted or find it harder to express their views. Everybody gets their turn in the debate, and there are actual tools to help build up logical reasoning.

How did students benefit from the project?

J.G.: Their participation in various debate competitions greatly helped their personal as well as professional development. One of our debaters had mastered argumentation techniques at such a high level by his third competition that it was almost impossible to deduct any scores from him after a talk. The method provides specific tools to support logical reasoning skills and the ability to represent one's own opinion, and that gives participants great self-confidence. It is also a tangible experience that the successful participation in debate competitions presents a great advantage in CV's.

Á.B.: Another student of ours published a very personal guide called ‘Hitch-hikers’ Guide to Debating’ to support beginner debaters, and he also undertook the organisation of a debate competition to be held in Hungarian, where he will act as a jury.

J.G.: A further benefit of the project is that it gives the children some kind of openness and tolerance; they learn how to listen to each other’s opinions in an understanding way and respond based on arguments. We lay great emphasis on informed reasoning, so the children shouldn’t operate with random arguments, but the debates should be preceded by acquiring information from real sources.

How can one win a debate competition?

Á.B.: These competitions basically appreciate logical reasoning, so the firmer the logic the argumentation system of a group is based on, and the more valid facts it is supported by, the bigger the chance to win.

J.G.: We should, however, mention that, although the starting point of the project was the method of debating competition, during the project we also came across with the genre of community debate, where given communities seek to solve their disputes.  This method, too, was tested within the staff, and applied at several meetings to address any issues which arose. We have really good experiences in this respect, too; the method helped us handle the issues in a manner that was acceptable for everyone. In competition debates, the emphasis is rather on the reasoning being valid in a logical sense, whereas in community debates the goal is to reconcile different views as much as possible, but in neither case is the goal to convince each other.

How did you as teachers develop during this work?

J.G.: We ourselves also learnt to debate, and due to the method, the English classes became more content-based.

Á.B.: The project has taught us how to work with the children as partners, so we can take a step back and contribute to the learning process as helpers and mentors.

To which age group would you recommend this method?

Á.B.: We worked with students of 16 to 18, because the debates required a high level (B1-B2) of English skills. But when the debate is conducted in the native language, you may want to consider a broader age range. You can also address simple topics, even with primary school students. We started our preparation with the statement “Homework is a waste of time” – that’s a topic which even younger students will probably want to talk about.

Is it possible to use the method only in smaller modules, as an auxiliary tool?

J.G.: Absolutely! You can definitely use smaller elements of the method, such as five-minute games which you can use and link to any topic.

Á.B.: And if you think in terms of larger processes, our video tutorial and methodological publication compiled during the project will be of great help, with actual lesson plans, sample debates and resources, all available for download on the project website.

Highlighted: The Instagram broadcast of the debates held during the meeting in Hungary: https://www.instagram.com/erasmusplus_vigo/

The project contributes to improving reading comprehension and oral skills both in the mother tongue and in English. It effectively improves such increasingly important skills as collaborative skills, critical thinking and problem solving skills. The project goes beyond the cooperation between the partners and provides useful help for other educational institutions, as well.