Main PageStories and best practicesBuilding not only knowledge, but a community, too: Training session series for the development of community supported agriculture
Erasmus+ 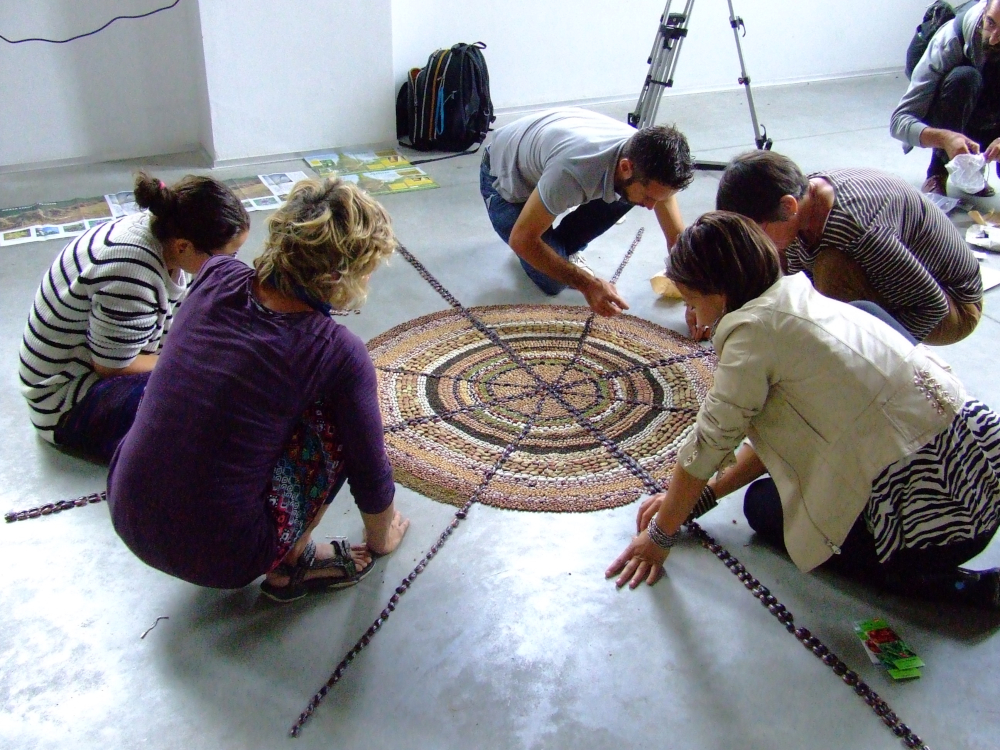 Building not only knowledge, but a community, too: Training session series for the development of community supported agriculture

Why did you think adult education was necessary in this very field?

More and more consider it important to have access to clean food which comes from reliable and natural sources, preferably from smallholder farmers. At the same time, for many producers it’s vital to have a constant customer base for vegetables, fruit juice or other produces such as meat or eggs. There are many people who have already become aware of this parallel, so in Hungary, too, there is a growing number of producer and customer communities from which both parties can benefit. The – mostly urban – customers conclude a kind of contract with certain smallholder farmers for the whole season and the farmers continuously supply them with fresh produces. Sustainable food consumption, and within that, this activity, have been a long-standing priority for the Association of Conscious Consumers, so we seek to disseminate this approach and the related information. We found that, whereas the latter is more or less available in Hungary, the transfer of practical knowledge and motivation is insufficient.

The preparation and elaboration of such extensive programmes often requires more time than implementation itself. Was it so in this case, too?

Yes, we could say that, since the four-module adult education training series was completed within half a year, but the preparations which had preceded it required at least one year.At the same time, I couldn't say the two parts are entirely separate, either, since it's a test programme, where the curriculum changed quite a lot even after we’d started.On a farm, a lot of things may come up which only become clear to us during conversations. And that, exactly, was our goal:to develop a useful curriculum which the participants themselves can influence, and the final form of which can be shaped relying on the experiences of the first training session.

Which are the programme elements that changed either during the Hungarian test period or the foreign sessions?

It was interesting – and unexpected – to find that certain techniques triggered completely different responses in different countries. Romanian farmers, for example, disliked small group sessions and found it hard to speak in front of others. They needed more formal methods. In contrast, Hungarians liked role plays, where they addressed a certain dilemma putting themselves in each other's situations. Accordingly, we ended up writing alternatives in the final curriculum: users in different countries can choose from different approaches. We needed to word our publications in slightly different forms. In some places, a scientific-referencing form is preferred, whereas in Hungary, more informal books with infographics and images are preferred. Despite the fact that we address the same topic and set the same goal in each country, we need somewhat different routes to get there.

Is it also different who you can reach and motivate with this goal?

Yes, to some extent. In Hungary, both consumers and producers applied, whereas in the Czech Republic it was mostly the consumers, which also affected the curriculum there. There was also a module in each country which included a visit to a functioning farm. That was a success everywhere; in Romania so much so, for example, that, although it started off as a training course, eventually it turned into a network which still works fine. What can be regarded as unique in Hungary was that even experienced farmers attended the training course, so we needed to compile a material which was interesting to them, too, not only to beginners.

If I'm not mistaken, it may have created nice synergies, since it was not only up to the instructors to teach the participants, but they could also exchange best practices among themselves.

That's right; on these occasions, we don’t only build knowledge, but a community, too. The training sessions addressed both farmers and consumers, which provided an excellent opportunity for a dialogue and cooperation between the two parties. And since we offered answers to questions which were relevant to the applicants from the beginning, enthusiasm was guaranteed. But what we hadn't expected, either, was that the participants would travel to the venue already one day before the visit to the Herenycsény eco farm to set up their tents, cook and make a camp fire. That is the kind of proactivity which is a benefit beyond the organisers’ plans.

What do you suggest anybody who is about to launch a similar project should pay attention to?

What worked really well for us was the internal reporting. Every half a year, we ourselves requested a contentual and a financial report and checked how our partners were proceeding, in order to prevent any problematic situations. It’s also important to know that each partner has a different working culture, different experiences and human resources, so you must be flexible. It’s crucial that communication should be regular, and feedback likewise. We asked the participants, and even our partners about each step, and we also sent them the finished publication. And as for the training session, we always closed them with a questionnaire.

What indicates the functionality of your programme in practice? What do you consider a long-term outcome?

I think it’s already a success that there was heavy oversubscription for the training in Hungary. But the greatest pleasure was that already at the venue, partnerships were made which have launched new community-supported farms: altogether four such farms were established only in Hungary, with an increasing membership. There was mutual mentoring among the participants, and beginners and more experienced ones still keep in touch. The training materials, publications, the trainers’ manual and the planning manual are all available on the partner organisations’ website, as well, in Hungarian, Czech, Romanian, English and French, so we hope that other countries can adapt them, too. There’s already an example for that: we heard that the first such training series had been launched in Asia. It gives us a good feeling that through education we could help this global movement.

Project values: The innovative adult education programme developed can greatly contribute to establishing new types of partnerships between farmers and consumers, offering a secure living to farmers and an access to healthy and fresh products to consumers. The important long-term outcome of the project implementation can be the beneficial effect on building communities, driving citizen participation and the operation of participatory democracy, which is in strong harmony with both European and Hungarian priorities.