Main PageStories and best practicesWhat can the past teach us?
Europe for citizens 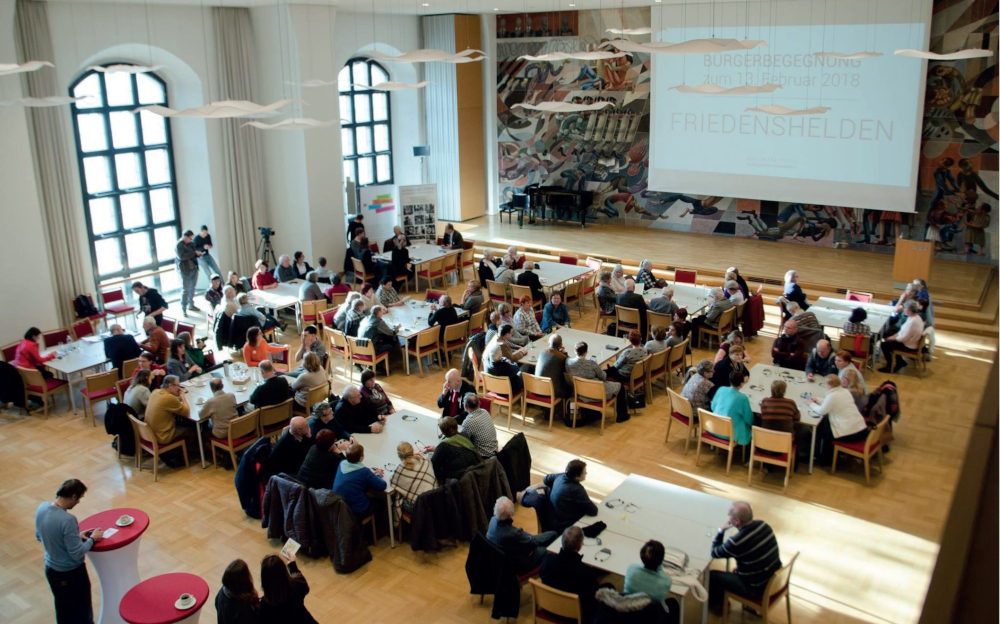 How do we live together with the darker chapters of history today? Can we save future generations from the threats of wars and totalitarian regimes? What do we need to do to prevent xenophobia, intolerance and discrimination from gaining prevalence? These were the questions to which the international project called Scratched on a Cell Wall, implemented under the Europe for Citizens Programme, sought answers. The Hungarian coordinator, Klaudia Lippai told us about the project.

What can the past teach us?

What is the Scratched on a Cell Wall project about?

The stories from the great political regimes of the 20th century, National Socialism and communism teach us eternal lessons. It’s crucial that, from time to time, we recall the memories of these times to prevent such dictatorial regimes from arising, and it’s worth presenting history by harmonising the experiences of several countries to get a fuller picture.

Who did you want to address with this topic?

Each European citizen should know how Europe got to where it is now. However, we think that we need to pay special attention to teens, who usually only meet these stories on the pages of history books, so we made short, 10 to 15-minute-long films to present the major events of the past century from different perspectives.

Why do we need to learn about history outside school, too?

In our films, history is recounted by people who lived through the events or at least have direct experiences about the subject. With their help, we might better understand the connections and relive what only seems to be a dry fact in history classes. This personal quality makes the lessons of the past more vivid and brings them closer to the youth.

Which countries were involved in the project?

First we started the work with German, Polish, Slovakian, and Croatian partners but unfortunately, the Slovaks and Croats couldn’t finish the work with us due to other duties. Their place was taken by the Aristotle University of Thessaloniki – joining the Municipality of the Town Kistarcsa, the Jugend- und Kulturprojekt non-profit organisation from Dresden and the cultural centre of Oleśnica.

How was this partnership established?

We wanted to find countries whose history allowed us to study a number of perspectives. Germany, for example, had an important role in shaping Europe’s 20th century history through its involvement in the two world wars and through National Socialism. We also tried to shed light on the fact that roles can change; today’s winner might be tomorrow’s loser. The reason for Greece’s involvement is a current issue, since just like for the whole of Europe, managing the refugee crisis presents a great challenge for them.

Why did you choose to include migration among the topics?

We thought it was important to connect to current problems, too, and to sensitise the public. We wanted to show that this issue was not simply black or white, either, and that there were causes and effects.

What elements did the project have?

We sought to address our topics from a number of perspectives, and among the various methods, gaining personal experience was the common point. For example, we organised study trips, visited an internment camp in Poland, as well as a small town, Oleśnica, where the participants had a chance to see what life had been like when the Red Army invaded the country and the borders were changed. In Dresden, we attended a commemoration and visited a historical museum, where we were shown a very expressive illustration of the events that happened in the city bombed to the ground. We also visited a number of locations in Hungary, such as the Dohány Street Synagogue, the forced labour camp in Recsk, as well as the historical site of the central internment camp of Kistarcsa.

The witnesses of the past still live among us. Did you have chance to meet them personally?

Yes, we did. In Germany, for example, there was a programme to which old people were invited from every continent, representing a number of nations. The students, who also came from various countries, had a roundtable talk with the guests, listened to their stories, looked at the photos related to the historical events recalled, and they also had an opportunity to ask their questions. The students were curious, open and active, which was a very positive feedback to us.

What are the short films about?

Altogether, three short films were shot, and in some ways or other they all present the events of World War II and the communist regimes, as well as the struggle for survival.

In the Polish video, an elderly lady talks about what had happened to her when the borders were changed, and they needed to live side by side with the Russian soldiers, because their town had been occupied. The German film is also about the Russian occupation; it presents from the perspectives of four characters the hardships of everyday life, such as the constant threat and food shortage, which basically determined people’s lives at that time.

The Hungarian film featured the Chairman and General-in-Chief of the Hungarian National Guard, recounting the story of his life. His father, a teacher by profession, was recruited as a soldier in World War II and he was takenprisoner of war; afterwards, however, he was never allowed to continue his original profession. It’s very interesting to see how a child grows up in possession of all the information.

How were these videos been made available?

There were public screenings, for example, on 23 October 2018 in Kistarcsa, where many people from the town wanted to see the Hungarian film. The videos are also available on the Internet; our film, forexample, can be found on the website of the cultural centre of Kistarcsa. The website of our German partner organisation includes a sub-page (www.jkpev.de), where all the three works are also uploaded. This is also meant to encourage teachers to integrate personal stories into their teaching.

How did the Scratched on a Cell Wall project end?

We organised the closing event in Kistarcsa, linked to 23 October, and we received delegates from Germany, Poland, and Greece, too. Besides the commemoration of the municipality, laying garlands, reciting poems and the performance of students, our film was presented, as well, and we also organised an informative exhibition showcasing the history of the central internment camp of Kistarcsa from the 30’s to 1960. We conducted a questionnaire survey on totalitarian regimes, migration and the political situation in the 21st century; after processing the input data, the results will also be made available on our German partner’s website.

What do you think is the greatest achievement of the project?

We managed to address the issue from several perspectives; each partner, each study trip, event and film added something new to it. We made it possible for others to listen to, and indirectly, experience personal stories. We successfully addressed many young people and adults. I think we managed to make the participants think about and assess their own powers and what they personally can do for peace in Europe.