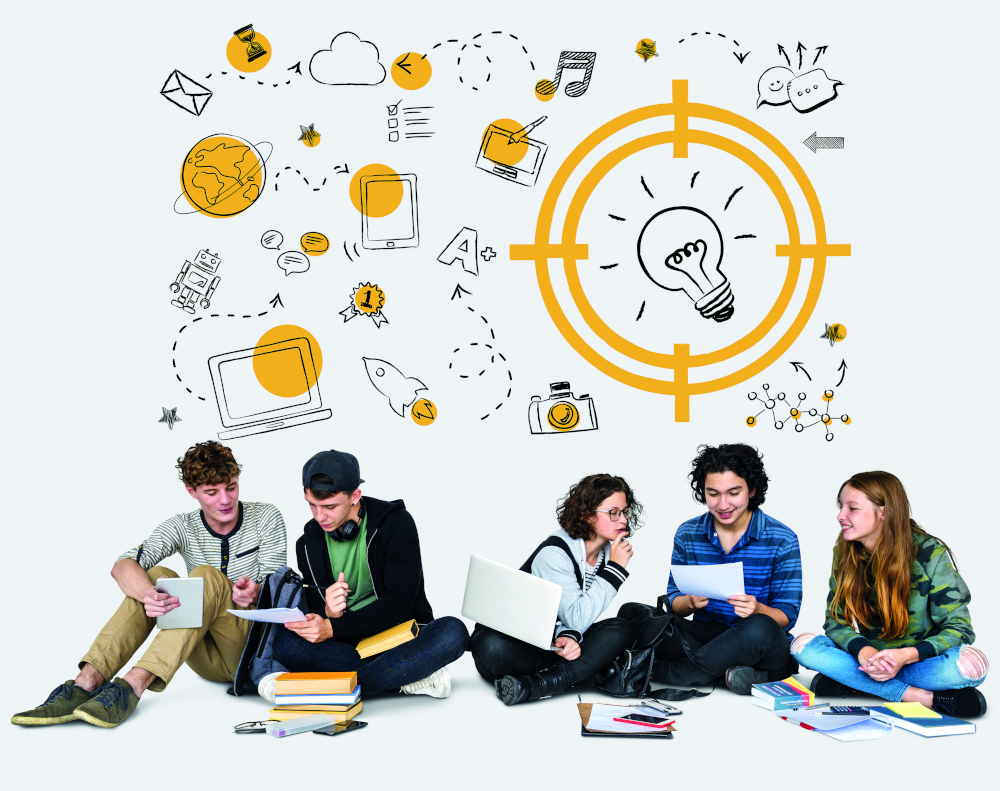 Once we used to find our career paths more easily. Smart students went to secondary grammar school, whereas poorer learners chose secondary vocational school or vocational school. That was because both parents and teachers knew which vocations had a future and offered a chance to make a living. Today, the ever faster modernisation makes career planning considerably harder - so the need for guidance is even greater. That was one of the topics we discussed with Erika Kerekesné Lévai, Directress of the Tisztavasvár Member Institution of Magiszter Foundation Kindergarten, Primary School, Secondary Grammar School, Secondary Vocational School and Vocational School, Project Coordinator of an Erasmus+ project in career orientation.

How has the career orientation of your students become a real challenge for you?

The question of what a young student should prepare for, where he or she should apply for admission and what he or she should learn is not a problem which only our institution faces. It's a serious issue all around Europe, maybe all around the world, since a child's decision about what career to choose and what to become will not only determine his or her individual path, but it may also affect the economic life of a country, the society or even an entire continent.  That's why career orientation has become more important than ever. However, what five years ago we considered a top vocation may as well have entirely disappeared by now, while new opportunities have appeared out of nowhere. Today there's no guarantee that you can do and make a living of the same vocation all your life. And that makes it hard to plan with concrete goals. Therefore, our programme focused more on developing our students' personalities so that they can respond to challenges flexibly.

Your programme called "Find Yourself" was implemented between 2015 and 2017 in cooperation with Tamási Áron Primary School of Farkaslak and Vaskertes Primary School of Gyergyószentmiklós. What could be the ideal outcome of such a project?

If by the eighth grade of primary school students have learnt enough about themselves to make a well-founded and independent decision about their further studies. The project is based on a complex, cumulative career-orientation curriculum for 5th to 8th graders, to be used in twenty discussion classes with the form master and in ten specialist subjects (Hungarian, history, physics, chemistry, technology) in each grade. The curriculum supports the preparation for choosing a career through a series of successive topics from the individual through the group to learning about social processes.

How was the work conducted in practice?

Our colleagues elaborated the exercises and lesson plans for each grade, from which any school can choose the elements they need and adapt them to their own specific profiles. The main direction was set by Magiszter School as the main applicant, but we gradually involved more and more partners to test our curriculum in other institutions, too. The children as well as the teachers were given assessment sheets about the lesson plans, which we analysed, and corrected the material accordingly where it seemed necessary.

How would you describe the actual implementation? What did the children actually do?

The programme of the first two grades were mostly held in our school, and consisted of conversations and playful workshops. From third grade, however, they had to do some 'field work': they contacted institutions and businesses with the express goal of learning about the work conducted there. They visited a nursing home, handicraft businesses, a bakery and a mason. We tried to bring them as close to real life as possible. The children documented these trips on video and in articles, which they enjoyed a lot. We also visited exhibitions and events held in nearby secondary schools and the Labour Centre, because there they were exposed to a lot more vocations at the same time. Our students slowly discovered the job opportunities in the neighbourhood, so it was also easier for them to decide whether they would stay here at all.

We should mention that this neighbourhood can be considered disadvantaged in many respects, just as the families of many of your students. How does this make your work special?

It's an interesting thing, because it’s this very uncertainty about choosing one's career that’s a rather general phenomenon, which means it's not only the disadvantaged ones who need help in this field. And it's not only students who are uncertain, but also their parents. We needed to strengthen their self-confidence first, and improve their self-assertion. We had a child who hardly ever spoke during classes. Here, however, everyone was given a video cassette to introduce themselves on a recording. We were surprised to see how this boy opened up to the camera and how much easier he talked about himself. Upon completing each module, our students were given a certificate - some for the first time in their lives. That was also a message to the parents that each child was valuable some way or other. We wanted to make parents realise their responsibility, too, and understand the significance of choosing a career instead of expecting ideas from us. So, we also organised afternoon clubs for parents.

The curriculum has been completed for a year now. Are you using it in your everyday work?

Of course! The modules we developed have been integrated into the curriculum and they're in everyday use - even if not as three modules, but the best elements compressed into one module.

Yes, since the lesson plans were available for download, and we also hold demo lessons when needed. We also used to travel to Gyergyószentmiklós and Farkaslaka, where we trained twenty participants, and now we're continuing the programme within our own staff, as well as in our member institutions in Szolnok and Debrecen. Unfortunately, however, it's also financial question for the schools as well as for the teachers.

And what about children's future? What would you consider a real achievement?

If we could say that all of them has a job they like and can do with enthusiasm. At this point, we can't tell if what we had planned was a success or not, as the first participants will only leave school next year, but what we can say with certainty is that all of our children continued their studies and no one dropped out, which, otherwise, is not uncommon. We hope that those who completed the programme are more conscious now and prepared for lifelong learning. Generally, they will manage better in a life that they control. We already find it promising that when we asked our students at the very beginning what they wanted to do, they could hardly find the words. But by the time the project ended, they gave us much more complex and definite answers.