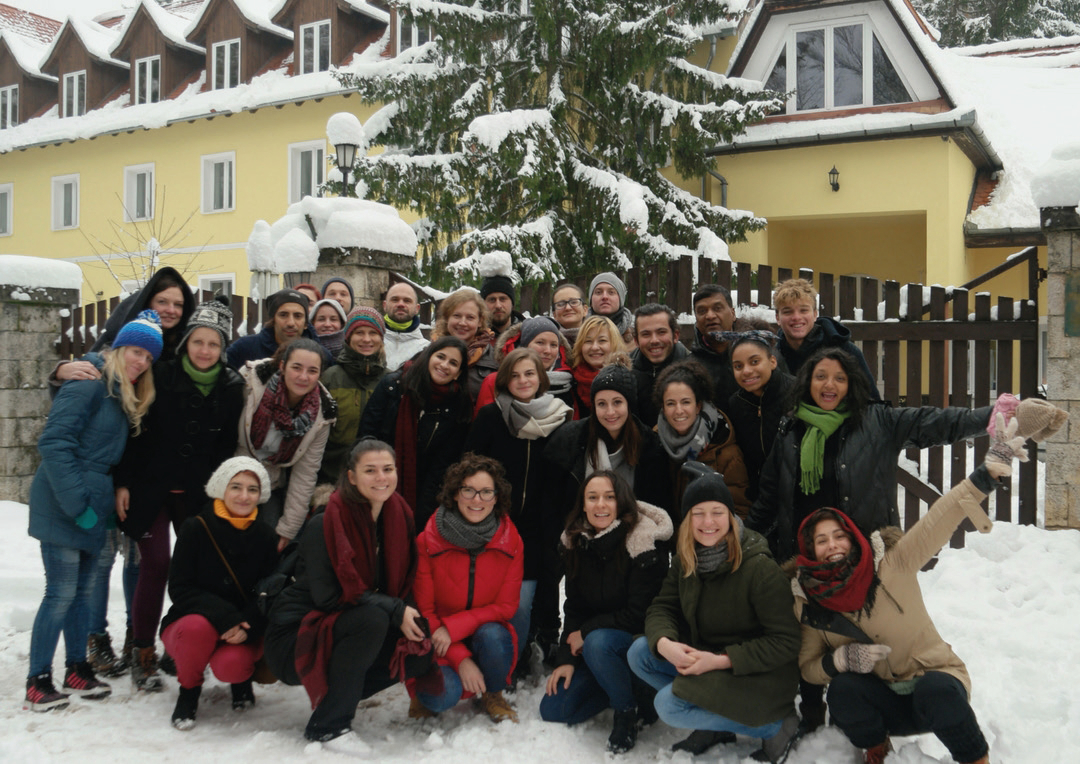 The ENCORE project of Qualitimpact Informal Group ENCORE ended as a real series of success. The project set the goal of improving intersectoral communication and increasing networking and dissemination capacities within the youth sector, to which they also offered practical communication techniques at their training courses. The participants learnt methods which they can use in the course of their work to solve existing problems through real solutions. I talked to the head of Qualitimpact, Norbert Hochstein.

Intersectoral training courses, so that "we can be capable of anything"

Project values:
ENCORE ensured high-quality learning; besides non-formal methods, it also relied on movement and theatre pedagogy methodology to improve professionals' communication.
The project was truly implemented in intersectoral cooperation: they worked together with 19 partners from 14 countries and invited 28 external experts. Due to their professional and personal development, the participants have had success at both personal and organisational levels.
The long-term sustainability of the project outcomes is ensured by the competencies developed, which allow further successful Europe-wide partnerships and initiatives.

The participants of the training courses included youth professionals, teachers and youth workers, even one who was attending secondary school and going to lead a children's camp. We involved those whose need to know in their everyday work how to reach certain groups, transfer knowledge to them or manage their own emotions. The training courses were characterised by a really motivated attitude. ENCORE is not sightseeing in Budapest; we worked 8-16-20 hours a day, as much as was necessary, and that was what made it possible to implement the project at such high standards.
We noticed that different sectors possessed different knowledge, but they lacked the tools to share it with each other. That's why we established ENCORE, which allows youth professionals to see what is available outside the youth sector and how they could use it in their work.

The work was based on what the participants prepared with before the training: their own matters, elaborated projects and plans. Each day, we practised two or three techniques with them, and in the evening they formed small groups to discuss with a group leader how they could integrate the techniques learnt into what they had brought from home. In these training courses it gives a great power to participants when at the end they feel they are capable of anything. However, if they never turn this energy charge into some activity and action, the whole experience remains a "nice memory". Therefore, the participants received feedback on their project plans and ideas from experts coming from various professional backgrounds. The experts who came from different sectors – Corvinus University of Budapest, CEU, ImpactHub, Murok Café, ReCreativity, Beetree, Lego, Cargonomia, Back to the Basics – gave each participant practical advice.

We call the techniques practiced processes, because they have a beginning, a story and an ending. This latter is the most important part of the process, as it shows what the participants have got and taken out from the practice, on which we laid special emphasis throughout the training.

One of the processes was modality, which targets various senses: what we see, hear, feel and taste. The participants completed a test to assess which modality is closest to them, and then we examined how they could develop the other ones. For example, they collected words which are suitable to reach a visual modality type of person.

Another process is built on the Neuro-Linguistic Programming rapport technique, according to which two people can also connect in non-verbal ways. We linked the exercise with such issues as passive-aggressive or assertive communication; for example, we examined what in life made the participants respond suddenly and on impulse, and what caused it. Then we put them into pairs, with a wooden stick between their forefingers, and they had to work on how to balance these feelings. They had to move together in a way to prevent the stick from falling - which would indicate that one party is not adequately involved in the relationship. The exercises taken over from dancing are great, because they provide experience at the level of feelings and place an imprint in the subconscious which later acts and actions may retrieve.

I believe that the participants already possess most of the knowledge, but they can't transfer it and they block it somehow. In ENCORE, we needed to work a lot on personal development, cleaning the communication channels, in order to prevent people from communicating in clichés forced on us by society, our families or various groups. For example, if we could eliminate politeness, everything would be much easier, since very often, real, relevant information gets lost among formal expressions - especially in English. That's why it's important that you should question things, act based on facts, always offering yourself the chance to ask whether what you see is reality or it's distorted through your filters and patterns.

After the training courses, the participants selected the techniques which they liked most to turn them into best practices. That was the most exciting part of the project: to see that the youth sector has creativity in it, that they want and need to get something new to freely play with. Based on this feedback and experiences, a curriculum was developed, which I can teach and transfer any time.

The project called Mind, Body and Message (MBM) is also the result of ENCORE, the idea of which was born during the training courses. We studied the areas to be developed - communication, body awareness and getting rid of patterns which we have brought with ourselves and unconsciously repeat - at three different training courses. These were the building blocks of MBM, which allowed us to monitor the learning processes of a group for a year.

A successful project requires stable knowledge, with an unshakeable foundation, responding to real needs. The implementer should be aware of the expectations of the funder and the participants, which should be brought into balance. It's crucial that there should be a team behind the implementation, willing to give their life and blood for the project; people who say that this might not pay our bills, but we can give something unrepeatable to those who will come.

A Greek ENCORE participant noticed how many fallen plums lay on the ground. The thought of saving wasted food inspired him do some research and invent a leftover food sharing application. There was no such application in the town where he lived, so he programmed it and won an award for young entrepreneurs in his region. He found a real solution to a real issue. Using the tools learnt at the training courses and the feedback received from his peers and experts he designed the application to make real contact with the receiver and to be understandable by people of any communication modality.