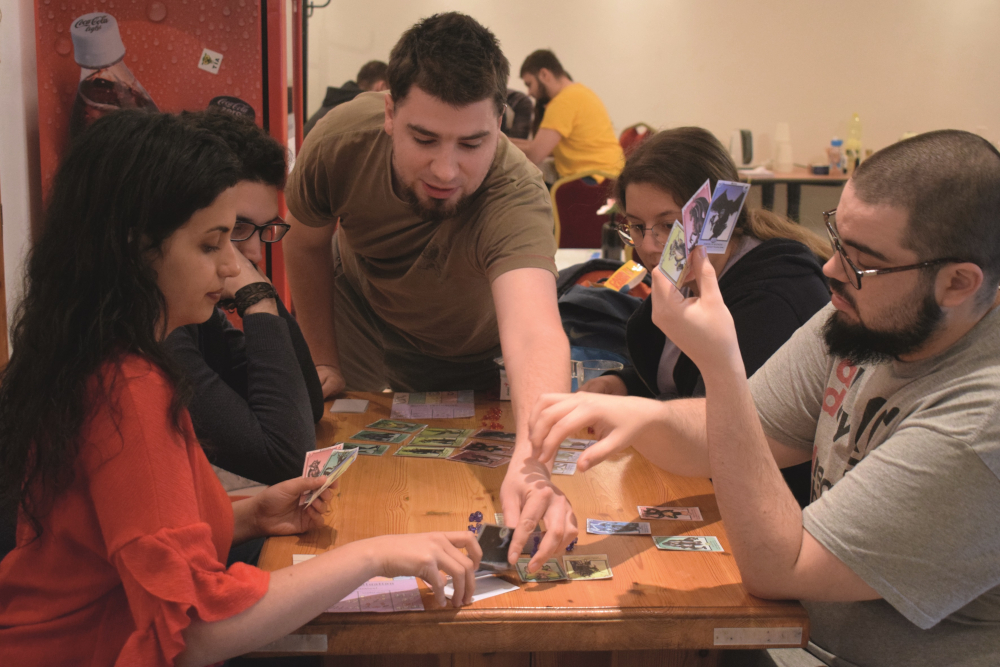 What do you think when you see a group of young people sitting around a table with a board, pieces, cards and various obstacles on it? You must think they're playing. So do they. But appearances can be deceiving; they are in fact learning. Only in a much more entertaining way than what they're accustomed to.

When developing a game is a game itself

For Conscious Youth Foundation, involving youth professionals, has worked for four years to provide a supportive environment for young people, where they can hone their skills and realise their ideas. Besides conventional community developing programmes and training courses, they always use the tool of playing games; moreover, they also involve children in the process of development sometimes. „Experiential learning is always more effective” – explained Project Manager Zita Szalai. "What allows youth to be actively involved in always makes them more enthusiastic. It's a kind of hidden learning process; they don't necessarily see the goal of learning, rather the goals of the game, but the benefit is double.”

Initially, the children started to brainstorm spontaneously while playing, for example, they determined the stations and rules of an obstacle race. That's why Zita and her team decided to gamify their project PlayIN'clusive, launched in February 2018 and still running, too. They announced a competition, open to individual applicants as well as teams, from multiple countries: the idea attracted youths from Hungary, Turkey and Spain. Ten to fifteen participants per country applied. Everybody set the same goal: to develop the winning game, which the jury will choose for manufacturing in a professional form. The only criterion was that the outcome should somehow call the attention to social inclusion.

That's not so difficult, since a game with its characters, mechanism and set of rules is in fact the manifestation of certain social processes. „A good game is not only entertaining, but useful, too. It doesn't only shape attitudes, but it also develops actual competencies. The strategic thinking learnt through video games, for example, can also be used in other areas of life” – explained Zita Szalai.

As the first step of the twenty-month-long strategic partnership, the project leaders of the countries involved elected youth coordinators, who attended a training course on game development. „We prepared them a useful publication, a yearly calendar with recommended processes, so they can harmonise their progress. There were two meetings in Hungary, and later the competitors could also get in touch through an online platform for a continuous exchange of experiences. We held a training course where the participants shared their knowledge with the rest of the team.”

By now, each team has their own specific ideas. One builds a robot, another set the goal of defeating discriminative zombies, whereas other teams worked on an adventure game focusing on refugee routes or a forest obstacle race. The participants held workshops in each country to reach even more young people - in fact, the first testers of the games.

At an international meeting to be held in Turkey in August 2019, the specialist panel of judges and the young participants will jointly decide on the three best games, but the others will also be made available online. The final results will also be presented to the NGO and the educational sectors in each country.

„We hope that by giving these young people a chance to realise their own ideas, we can develop their enterprising spirit and active social awareness, and that educational institutions will use games as educational and development tools with the involvement of students in more and more areas ” – the Project Manager said.