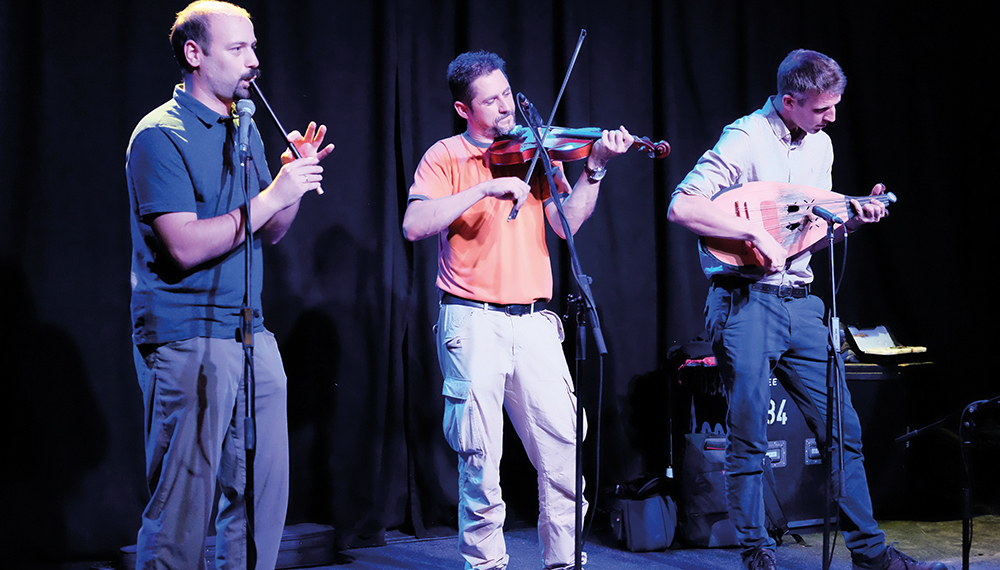 A partnership of organisations from seven former socialist countries, the EUnderground project sets out to discover the activities and fates of artists barely tolerated, or more often, banned by cultural policy between 1945 and 1989. The goal was to demonstrate to young people that freedom of speech was not always an obvious right, and therefore its protection must receive special attention. We spoke to Dániel Bíró, Managing Director of the applicant organisation, Laterna Magica Nonprofit Ltd.

The Counter-Culture Living with Us

Which important historical phase of European remembrance did the EUnderground project choose to present and study?

We wanted to discover a less well-known cultural heritage of the former socialist countries; our goal was to present those counter-culture artists, formations and art groups that were not allowed to work and publish during the socialist era. We tried to honour the memory of those who belonged to the 'tolerated' and 'banned' categories of cultural policy. The EUnderground project originally involved partners from six countries: Poland, Romania, Albania, the Czech Republic and Bulgaria, later also joined by Slovakia.

It’s a decade-old issue that students hardly ever hear about this topic at school, mostly due to lack of time. How much had young people known about it formerly?

Our primary target group consisted of young people aged between 16 and 25, and we, too, found that their knowledge of these things was rather incomplete and often incorrect, and there was a little chaos in their heads, in almost every country. Apparently, what they heard at the events was new to them, so these events also had a gap-filling function. It’s especially important from the point of view of preventing such historical events from happening again. They should know that freedom of speech was not always taken for granted. They’re in a fortunate situation, and they should make efforts to make it last.

What were the main elements of the project?

We organised school workshops in each partner country, where the presenters talked about the underground, alternative arts of their own respective countries, and described how the state propaganda and censorship worked, and what fate awaited 'deviant thinkers'. Students needed to write samizdat articles about real events, such as a rock concert, an underground cultural event, an alternative exhibition or any culture-related event that sparked an angry response from the system. They could compare what the state propaganda said about the event and what reality was, presenting the truth against the distorted mirror of totalitarian propaganda. In fact, it required independent historical research, which the children conducted with the help of their teachers. The articles were collected in a publication, soon to be available online. The closing event was attended by students from each country, who worked in mixed groups to design and create samizdat covers from old newspapers using traditional techniques.

Another important element of the project was the implementation of a travelling exhibition. How was that put together?

From each county, we chose three artists or groups who had been expelled from 'offi cial' culture, due to their political views, artistic styles or subjects. Thus, the tableau-like exhibition presented the lives and works of altogether 18 artists, which we wanted to showcase in exciting, and for some reason, special venues in each country. For example, the free exhibition was displayed at the National Theatre in Albania, at the University in Bucharest, and in Dürer Kert in Hungary. It turned out to be such a great success that the exhibition was invited to a number of countries even after the end of the project.

What was the programme of the project closing event?

In September, we held a universal artwork cultural festival in Budapest, also focusing on censorship. We invited artists and presenters from each country to tell their own stories. The morning programme consisted mostly of workshops and talks, whereas in the afternoon we held an underground film club, based on the works of Béla Balázs, as well as Communist propaganda slides. Mircea Florian gave a concert, and there was also a short satirical play from Romania. We also held a folk dance evening with the Berka Band, because, although it was never offi cially confi rmed by the founders of the initiative, in the early days of the grassroots folk dance movement it was also associated with an alternative political, opposition mentality. We also commemorated Tamás Cseh’s Indian movement through a concert; the 'game' that became something close to a lifestyle also caught the attention of the state security services, which used undercover agents to find out whether there were nonconformists or 'deviant thinkers' among the 'Indians'. The festival was closed with the concerts of Mihály Víg and then Ádám Török and the Mini; the lead singer of this latter was taken away for a 'little chat' quite a few times, because it was rumoured that he had been one of the organisers of the demonstration of 15 March 1972, as well as because he was helping silenced musicians.

In most countries, this era and subject matter hasn’t been addressed yet. How did you decide who to include in the travelling exhibition and the events?

Research in this subject matter is now widely conducted, and each country seeks to face its own history and past. Interestingly, the single guitar player genre represented by Tamás Cseh in Hungary was present in almost all the Eastern European partner countries, while these performers could hardly even know about each other. But it was also an important factor that we wanted to present as many fields of art as possible, from movies through fine arts and literature to underground music. We planned the programme of the event with the involvement of Hungarian and foreign experts and historians, making sure that a given artist or topic is adequately comprehensible to young people and visitors from other countries, too.

How can the valuable knowledge gained during the project be used in the future?

As the afterlife of the project, we will establish an online knowledge centre serving scientific and informative purposes, where all the educational and scientific materials associated with the project will be uploaded. Currently, the website presents 35 artists/groups but we plan to add new content on an ongoing basis, as well as to invite further countries to join the common work. The contents of the exhibition will be complemented with the works of more and more artists. The exhibition has already received a number of invitations to be presented in Hungary and abroad. Last but not least, many participating artists established professional relationships during the project and are planning further jointperformances in several European countries.