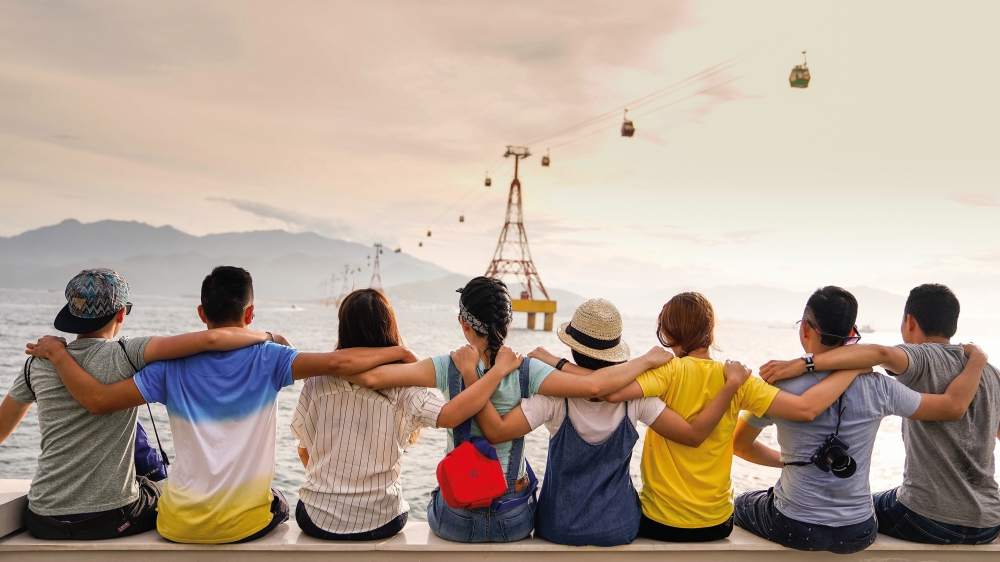 Launched in 2018, the higher education development project called 'FRIENDS' involves three Eastern European, one Turkish and twelve Far Eastern universities. Their goal is to reinterpret the notion of internationalisation in higher education and find a solution through innovative practices to allow a larger proportion of the students to study abroad under student mobility. We talked to Dr. György Túry, Pro-Rector responsible for international studies at Metropolitan University of Budapest (METU) and Károly Kopasz, the University's Project Coordinator.

It's not very common for the consortium of an Erasmus+ higher education capacity building project (CBHE) to consist only of institutions from Eastern Europe or the Balkans. How was this partnership established, especially its European pillar?

Dr. György Túry: It's a fairly large consortium of sixteen members, so most of the members had already worked together in various projects. METU was also invited by the Bulgarian coordinator, Varna University of Management (VUM), because we had already worked together in another EU project under my leadership. Otherwise, we are not aware of any regional considerations affecting the choice of partners.

This is METU's first Erasmus+ capacity building project. With the end of the year approaching, what challenges can you see that you will be facing?

Károly Kopasz: Every time, a CBHE is like deep water where you need to learn very quickly how to swim, but over time, you'll get the hang of it. The project holds challenges both technically and professionally, but at the same time, it also means a great opportunity to learn. It's quite obvious that a partnership of such scale is far more complex than any of the former ones that we'd been involved in. On the one hand, from a professional point of view it's more large-scale, with more serious outcomes to be achieved, and, on the one hand, technically it's more controlled, with stricter documentation. It's a different kind of challenge to get the teaching staff involved - in many cases, it's not easy to motivate them to put some extra energy into such a project.

Dr. György Túry: We are definitely lucky with VUM coordinating the project with such amazing professionalism and routine, due to its impressive experience gained in this kind of programme. Although we're a quite small institution, this one is our second Erasmus+ higher education capacity building project as coordinators. In fact, the university can also serve as a role model from other aspects: their entire operation, including their courses, is conducted in English, despite the fact that the vast majority of their employees are not native speakers of English.

What is METU's responsibility and role in the project?

Dr. György Túry: The distribution of work is organised on a 'work package' basis - we do our share of each professional duty proportionally. In the next nearly one year, we will hold webinars for university heads and organise a summer university, where each week will be the responsibility of a different European partner. We usually plan for six months or a year ahead; that's when we allocate the duties, too, according to each partner's area of competence. Besides, we will also act as the hosts of the next major meeting to be held in March 2020 for all the partners. It's quite a challenge, but also a great opportunity.

Do you think there are factors hindering internationalisation which Central and Eastern European universities might understand better, and therefore offer more adequate solutions than the higher education institutions operating in other regions?

Dr. György Túry: Yes, I think so. In this part of Europe we know how hard it is to convince the management and sceptic colleagues that what we do is meaningful and justified. We can see that many Asian institutions are struggling with the same challenge, so we're sharing common ground in this respect. What we may also have in common is that Hungarian universities underwent similar development during the EU accession process to that of a number of our partners outside the EU currently. We still vividly remember those times, so we can understand the processes.

FRIENDS' assessment of the partners' current level of internationalisation ended this spring. What were the findings?

Dr. György Túry: The ratio of equipment and foreign teachers is very good; however, there's no properly developed infrastructure to drive mobility, nor supporting organisational units, such as an international office or physical spaces where you can get some information about the opportunities available to you. That's exactly why one of the project goals is to establish 'FRIENDS Teahouses', busy and bustling meeting points, where any teacher or student can just drop in for information or simply to talk to, and exchange experiences with, others.

Károly Kopasz: In fact, it often turns out that even the European partners lack certain things which we want to implement in our partner institutions, and that there are many areas where non-European universities are ahead of us. We hope that their developments will also boost our own institution. That's why it's important to use the word partnership in its original sense, because that's what indicates best that it's a well-balanced and mutual learning process.

What are the benefits of such a project for the universities involved?

Dr. György Túry: Besides the above-mentioned gain of experience, mutual learning and a widening scope of knowledge, I would definitely highlight the increasing prestige of the university, not the least because there are very few other Hungarian higher education institutions involved in higher education development projects. Another important benefit is that we can establish Erasmus+ international credit mobility with institutions with which we've had no former relationship whatsoever. In fact, it's reversing classical team building, but it works just as well.

Another big lesson we've learnt is that it's not the situation as it used to be when major projects were almost exclusively won by great, prestigious universities. With good professional relations, a small institution can also get involved in large projects. In the past few years, global higher education has changed a lot, which offers new opportunities for the small ones, who can respond to a changing world and its challenges with more flexibility and agility; also, they are, in a way, forced to constantly renew and adapt, because that's how they can remain successful.