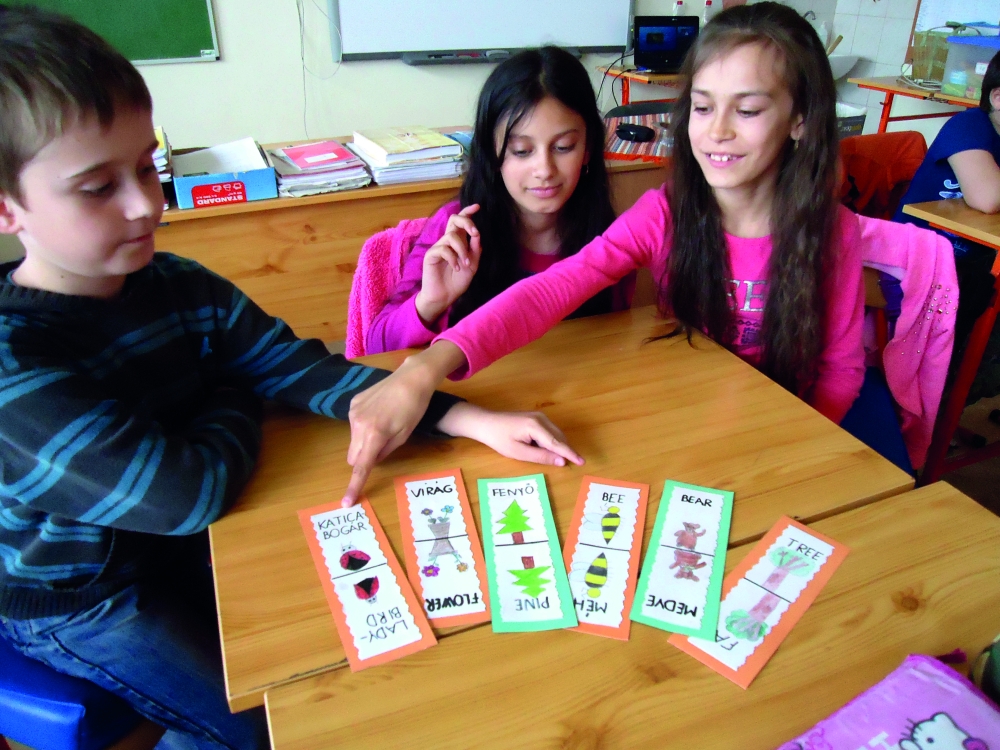 The Erasmus+ project, in which Apáczai Csere János Primary School of Szendrő was involved as a partner, addressed environmental awareness. The upper-grade students of the Borsod county school worked in cooperation with students from various countries for three years, and despite the fact that many of them had come from a disadvantageous background, they even had opportunities to travel abroad. We asked Project Coordinator Ilona Budainé Zuszkó.

Besides your school, seven other countries were involved in the project, including Slovakia, Bulgaria, Turkey and Slovenia. Where did the idea of cooperating with the other partner institutions come from?

A former Slovakian partner contacted us with this project opportunity. As our former partnership also worked very well, we immediately said yes.

There are many ways to address environmental protection. What methods and tasks did you choose?

We partly relied on the tools of drama pedagogy. Each partner country adapted a children's story, for example, which we later performed in English, recorded on video and then sent to each other. We also consulted foresters, built a model scenery, as well as a real grove with trees, not far from the school. A bilingual electronic plant collection explaining the effects of medicinal plants was also compiled, and we organised a travelling exhibition, to which the schools circulated the five best drawings.

A considerable part of the partner schools are located in Central Eastern Europe. Does that also mean similar mindsets?

Our entire mindsets and approaches are very similar. We all consider it very important that environmental awareness should play a major part in children's values. Accordingly, we all laid great emphasis on a number of common habits, from selective waste collection to taking care of plants or planting trees, as it happens.

Can you also identify this similar approach in educational methods?

Yes, definitely. It's also reflected in project based teaching or linking the school subjects during thematic weeks. This latter is all the more important as 98% of the children attending our school are disadvantaged. These methods make it easier to maintain their attention or make them like learning.

Did the students' disadvantaged situation present any difficulty during the programmes?

They're just as interested in this topic as any other student. They fully understand why we must take care of the planet. The difficulties were caused more by the fact that they sometimes find it hard to put their thoughts and questions into words, and we were also faced with objections sometimes when organising the trips.

Did they fear for their children's safety in the unknown?

Exactly. That's why flying was almost out of the question, but being able to travel to the neighbouring countries presented a great opportunity.

You were the Hungarian coordinator of the project. Did it prove to be difficult?

We had no international coordinating duties in this project, we simply coordinated the involvement of Hungary, but it had its challenges, anyway. Fortunately, I received a lot of help, for example from my sister. I think I've gained a lot of experience and new skills during the organisation. Perhaps the most important thing to mention is that true friendships were made with my foreign colleagues.

Are you going to continue this partnership?

That's for sure. It's already the third partnership with the above-mentioned Slovak partner which is taking shape now, this time focusing on our historical homes.

Are you going to be a partner again, or act as the international coordinator this time?

We won't be coordinating, again, but we don't really mind. It's useful to gain some experience before we assume greater responsibility than the current one.