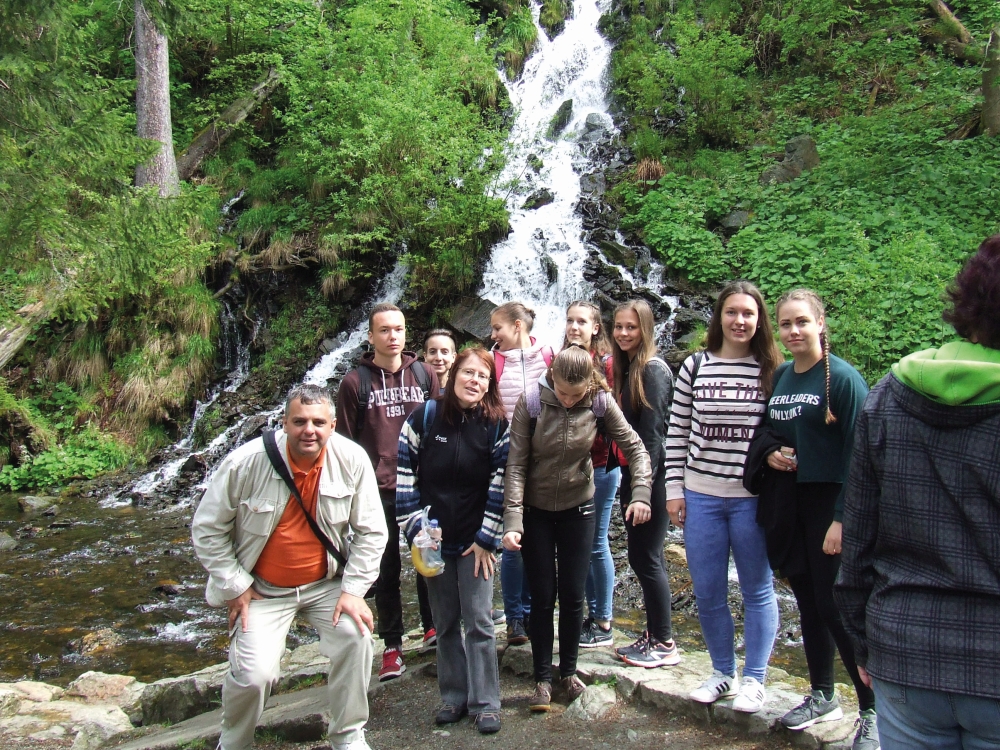 Czech, Polish and Hungarian partner institutions were involved in the two-year Erasmus+ project which focused on getting to know each other's traditions and cultures. Programme Coordinator József Mindák, Principal of Constantinum Catholic Kindergarten, Primary School, Secondary Grammar School, Secondary Vocational School and Residential Hall told us about the partnership.

What programmes did you implement under the project?

One of the topics was Easter, about which each team made their own presentations, with the matching decoration. Another outcome was a Polish-Czech-Hungarian cook book. Of course each nation hosted the others, but we also prepared some dishes together. It was also very interesting to learn about places of interest during the Polish and Czech sightseeing tours, and the joint folk dance night was a great success.

What was the most memorable part for you personally?

I was greatly inspired by the mentality of our foreign colleagues who encouraged and motivated the children all along, whether it was playing volleyball together, table tennis, folk dance or cooking. But let me give you another example. The Czech group learnt how to play the song 'Gyöngyhajú lány' by the band called Omega. Listening to and joining them will remain a nice memory for all of us.

In this project, Hungary was a participant, not an international coordinator. Did that mean different kind of duties?

Clearly, coordinating an international project gives you a lot more duties, but there's also a lot to do about local organisation. We sought to make the range of programmes as varied as possible so that our partners can learn much about our culture and traditions. Fortunately, each programme was supported by great team work and continuous communication. And when we travelled, it was nice that the Czech and the Polish partners organised all the local programmes themselves.

What do you think is the significance of the fact that your partners were from nearby countries?

Perhaps it was also due to our historical past that the Polish were so open and friendly, but the Czech partners were also definitely hospitable.

Another advantage of our proximity was that it was relatively easy to organise the trips, and also, many of the participants have since then visited Hungary with their families, too.

Nowadays, the vast majority of these projects use English as the working language, but this particular one was conducted in German.

Since at the Czech partner school German is the preferred language, we adjusted to them. Finally, we didn't regret our decision, because, on the one hand, our students also study German, and, on the other hand, there are fewer opportunities to practice German. I think the children agreed with that.

What was it that surprised you during these two years?

I'd expected the children to be enthusiastic, but even I was surprised by their openness and active attitude.

What do you think that was due to?

I think a lot depends on the preparation itself, for example, what our colleagues in each country tell them about the other participants. And it seems that there are nations which easily find their common grounds.

I understand that you've also compiled a common dictionary which made communication considerably easier.

Indeed; moreover, we also made trilingual cards for each student, containing the most basic words. They definitely enjoyed being able to say hello to each other in the other two languages, too, and that they could briefly respond to a particular gesture.

Does that mean they worked in mixed teams?

Yes; we all think it was one of the greatest successes of the programme. In other projects it happens that students from different countries participate in the programmes in strictly separated groups, but here there was no sign of that.