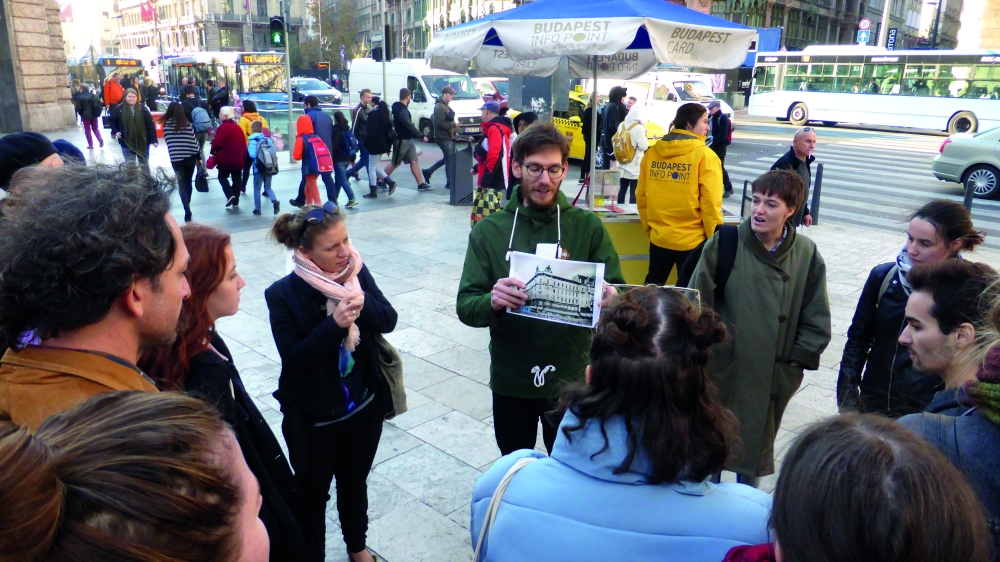 The intensive programme organised by the Intermedia Department of the Hungarian University of Fine Arts is an excellent example that you can't only organise special courses in the summer, but also in autumn, and it's also exemplary of how such an event can be integrated into the curriculum. Dr. Allan Siegel, Professor at the Department and the Hungarian coordinator of the ADRIART.CE network told us about the programme.

The programme was organised under the Mapping the Local course of the university in the form of a block seminar, which is a concentrated and intensive form of artistic practice and research. I hold the seminar in cooperation with my colleagues Dr. habil. Szabolcs KissPál and Eszter Lázár. The course focused on individual cities as cultural, social and economic units, as well as on the way cities were transformed from the second half of the 20th century until now.

The research method was walking and exploring, during which each city provided a framework for various critical artistic practices. The special course focused on the political and cultural changes that characterised the 1960's, and especially the summer or 1968. The students got acquainted with the characteristic buildings in the inner city of Budapest, as well as the circumstances of their renovation, or destruction, as it happens. The evening leisure programmes were also held in such places of interest.

As a precursor to the course, the Intermedia Department had already organised similar programmes five times in London, Krakow, Stuttgart and Budapest - three in the form of Erasmus Intensive Programmes and two at its own initiative. The framework to the event implemented in Budapest in November 2018 was provided by the long-standing professional partnership of our CEEPUS network ADRIART.CE.

Besides the grant recipients sent by the CEEPUS network partners, Erasmus+ as well as our own students attended the course. During the week, the students representing various forms of art needed to cooperate in international teams to find artistic solutions to complex problems together. The outcomes were quite unique and creative.