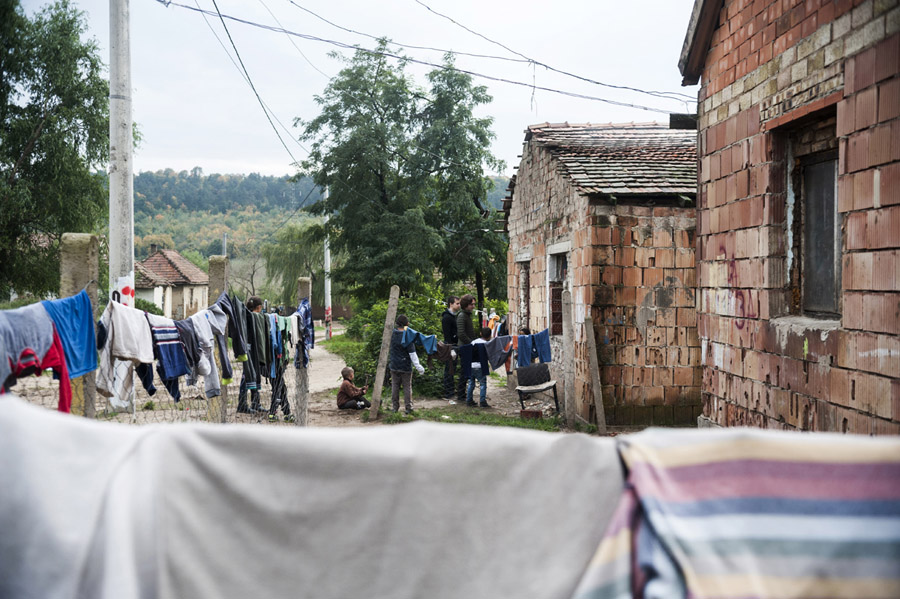 Currently, BAGázs Public Benefit Association is conducting activities in the Roma communities of two villages in Pest County, Bag and Dány. The Association seeks to achieve changes in these segregated communities and the social reality and attitudes which surround them. The purpose of the Erasmus+ project called A Dialogue for Roma Women is to initiate a change in the life of the Dány community, through building a strong and retaining female group. I talked to Project Coordinator Dr. Zsófia Aczél.

A Dialogue for Roma Women

Finding a solution, always with those living in the settlement

"The association has a needs based approach; we don't necessarily organise constant programmes, but try to find solutions to a current need or issues from many directions, always together with those living in the settlement. In the project called A Dialogue for Roma Women, we used the method of structured dialogue to address public policy issues related to the situation of Roma women, with the involvement of volunteers and experts. For a start, we wanted to transfer the method we used effectively in Bag to Dány.

As opposed to Bag, Dány has a community which lives a more organised life, maintaining their traditions, so we started with a needs assessment; we used the method of life-story narratives to conduct in-depth interviews with the Roma women who lived there. Thus, the problems raised were really ones which were defined as such by their locations, and not ones which we, through outsiders' eyes, perceived as problems. Roma women are one of the most poorly represented and most vulnerable section of society, even within the Roma minority. The life of the Roma in Dány is essentially determined by their traditions; in the conservative family models, girls marry at an early age, and therefore they drop out of the educational system. Reaching women was made even more difficult by the fact that only few of those living in the settlement have phones, and also, the only favourable opportunity to address them was when their husbands were at work. The men in the community could restrict their involvement; we received negative feedback, too. Finally, the constant presence of BAGázs was the catalyst to success; the community knew us, the organisation and our programmes, through which we had a contact point to the women living in the settlement. The young university students, some of whom later became volunteers in the project, were also easier to approach through the gender issue and the topic of women's status."

Stuck in a state of learned helplessness

"With the involvement of the volunteers, we processed the in-depth interviews made with eighteen women living in the community and interpreted the system of the community's customs and traditions. This way, we organised twenty female groups run on a weekly basis, where we worked using various games and situational practices. The common motive, connecting the members of the groups, was the use of designer drugs common within the community. The residents of the settlement are faced with the issue on a daily basis: there's no one to feed the families instead of the drug addict husbands. Drug use is a significant issue in Bag; the community has completely fallen apart, and the traditional forms and rules have disappeared. The settlements are close to each other, and those living in Dány know what happens in Bag: women living in Dány are afraid of the same happening to them, and they fear for their families' and their own safety.

The personal stories highlighted the shortcomings of the institutional system, showing that lasting and real changes can only be achieved through communication between the locals concerned, the institutional system and the decision-makers. A dialogue was established between the social and educational systems and the leaders of the settlement. Our goal was to talk about the issue in a common, open conversation (it's hard for a municipality to admit how serious a social crisis a part of it needs to face), and develop a solution strategy in cooperation. It was hindered by the fact that we needed to respond to a complex issue which would require broader social intervention. A small town or village can't act on behalf of a non-existing or completely dysfunctional social, health and educational system, so it gets stuck in a state of learned helplessness along with the Roma communities instead."

The most significant change

"We used the method of the most significant change for impact assessment, where the starting point is provided by personal stories and experiences. The purpose is understanding, through the stories and the examples of individual experiences, through the individual and unique approach of the members of the community. It's important that the processes can be discussed and reconsidered. The method shows what of the things we do makes sense, and we can continue planning accordingly.

The most significant change of the programme is that we have created an atmosphere where the Roma women involved could experience trust and talk about their problems openly for the first time in their lives. They could experience that they didn't need to let things just happen around them, and that it was also possible to exert pressure on higher levels as a grassroots, self-organised group. Although the female group in this form was discontinued, the former members joined the programmes run simultaneously within the community: they sewed clothes for our charity shop, participated in a mentor programme supporting employment, and a former group member became the coordinator of the children's programme run in the community.

From the perspective of decision-makers, the issue has stepped outside the walls of the segregated communities, facing them with the social situation of Roma women and the settlement, as well as with consequences of the decisions or the lack of them.

Closing the project doesn't mean the issue is over: our association continues talks with state institutions. We didn't let go of Dány's hand. What connects the settlements besides hardships is that a part of the community is intent on making a change; they believe that through common work, they can change the current situation which often seems hopeless."