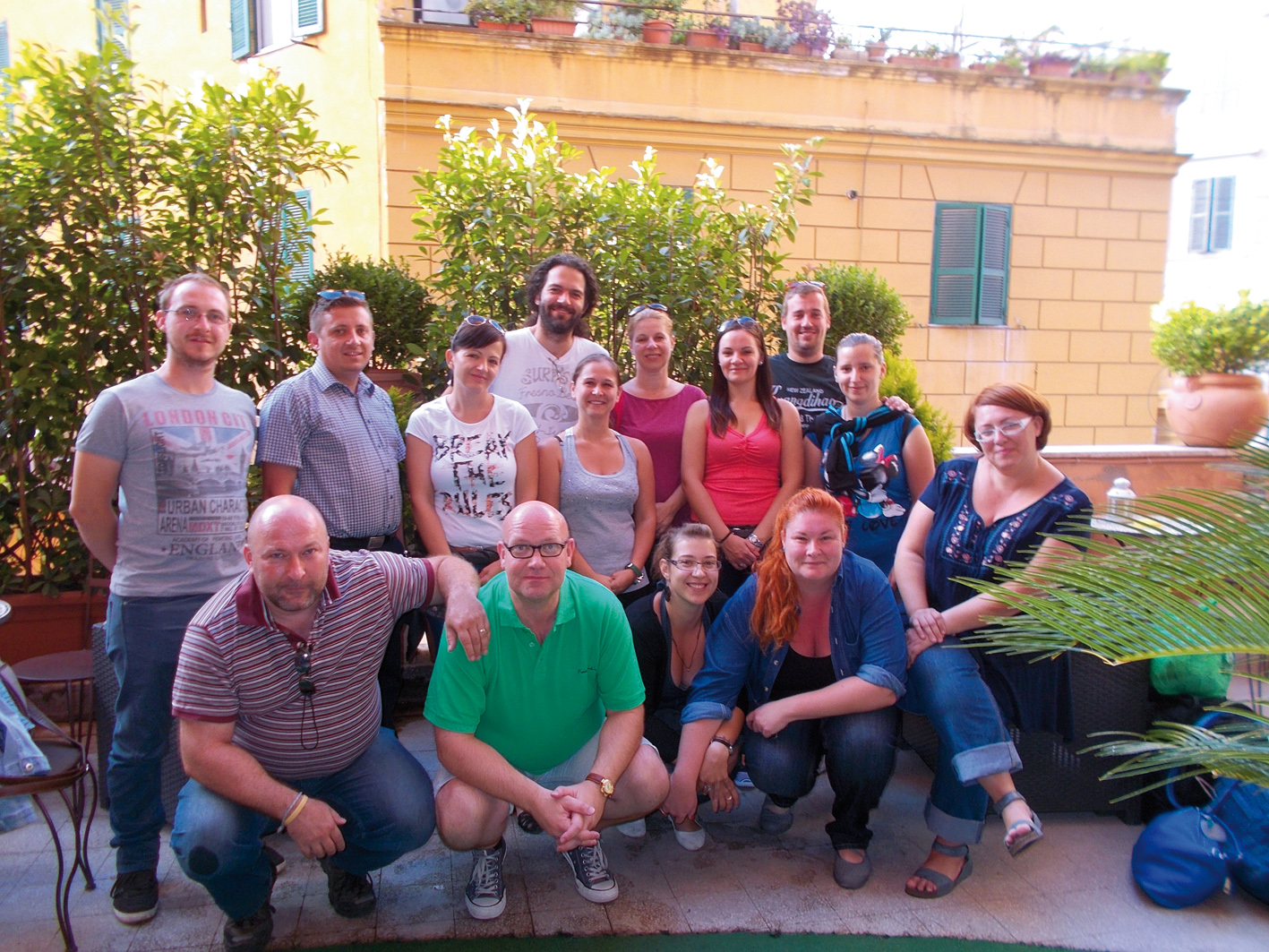 The project implemented by For Cultural Life Non-profit Association, Nyíregyháza, focuses on solving problems which affect young people. Their goal is to identify the difficulties young local people face, to adapt foreign methods and to inform decision-makers about what should be done for a solution. We talked to Coordinator Gábor Dombóvári.

"The innovative nature of the project lies in the fact that we recognised that, although the problems may be similar in various member states, the solutions should be specific. Therefore we need joint measures, followed by local action, taking into consideration the specific social conditions”, the coordinator said.

The two-year-long civic social partnership is still working; moreover, the major part of the work is still ahead of them. Nevertheless, they began to implement the project in Nyíregyháza with great hopes. Besides the conferences and informative days held particularly for and about young people, tackling the issues of, among others, immigration, inactivity, difficulties of socialisation, unemployment and migration, youth research is also conducted. At the end of the project, the organisers will also publish a methodological summary and a youth report.

Desk research has been completed in all the 8 countries involved. “It primarily means data mining, a research based on town-relevant data compiled from existing statistics, in each case complemented with focus group discussions conducted by our local partners. So far, we've had an opening conference as part of the project, the youth research mentioned above is underway, and we've organised three workshops, too", the coordinator explained.

Based on the surveys, in Hungary it seems obvious that young people in Nyírhegyháza are seriously affected by unemployment and migration, as it was also pointed out at the opening event of the project. Many young people move to the capital, and more and more of them choose to try their luck abroad. These are problems to which young people from the other partner towns are also seeking answers to; still, the problems are not quite the same everywhere. Mr. Dombóvári mentioned one of their partners, Italy, as an example, where besides the above, immigration also presents a challenge to young local people.

That is exactly why the spring phase of the project will be very interesting, when the delegates of the partners adopt methods from each other. That’s where the coordinator sees the novelty of the project. As he said, it’s important that the partners will not adopt practices, only methods. The significant difference is that practices are specific, and therefore they might only work in a given situation and location, whereas methods can be tailored to local conditions everywhere.

“The participating organisations adopt mini projects from each other, even a number of methods per town. Say, the Polish partner adopts the Lithuanian method, and they may find a solution to two problems at the same time. But it may also happen that in a town none of the methods can be applied to the local conditions", he said. Of course, the participants are nevertheless hopeful that they can offer each other effective solutions in as many areas as possible.

Concerning what Nyíregyháza can offer to its partners, the coordinator had this to say: “Here, for example, youth media (radio + student magazine) works very well; this is something that other towns will probably adopt. And what we will implement in Nyíregyháza is either the Polish network model operated in cooperation with 30 organisations in the town, or the cooperation with the Lithuanian higher education institutions, which can be interesting to us because we can involve young people. Moreover, we might even implement both projects.”

The project is implemented through the cooperation of 11 towns of 8 countries; accordingly, they can reach a very high number of people. Although those involved are mostly professionals, Gábor Dombóvári estimates that they can directly reach at least 500 people, and the results can indirectly affect the lives of as many as 15-20 thousand young people. Every organisation is also active in youth areas, and therefore they can reach young people through their own channels. Mr. Dombóvári and his associates, for example, operate a social space for young people in Nyíregyháza.

“The European dimension of the project gives everyone a new perspective. We can see the diversity of difficulties young people have to face in various parts of Europe: unemployment, migration, media consumption. Many of the problems are common, and therefore we can as well seek solutions to them together, but locally we can only focus on one particular phenomenon. In a European dimension, however, we can see what other situations occur in other places and how they look for potential ways to solve the problems”, said Mr. Dombóvári. That is where he sees the benefit of the fact that the project involves delegates from a relatively large number of countries, even ones that are distant from each other.

At the end of the project, at least five serious professional publications are expected to be released, which the decision-makers will also receive, and therefore they can be of great social impact. From Hungary’s side, only civil participants are involved in the project; at the same time, they consider it important that the results should be channelled to decision-makers at a European as well as local level, to enable them to take specific steps to solve – or at least to relieve – young people’s difficulties.

The result will be made available for anybody working in a youth field or maintaining relations with youth institutions and civil organisations. The research seeks to hold a mirror up to decision-makers, and at the same time, to suggest solutions to the most important problems affecting young people.