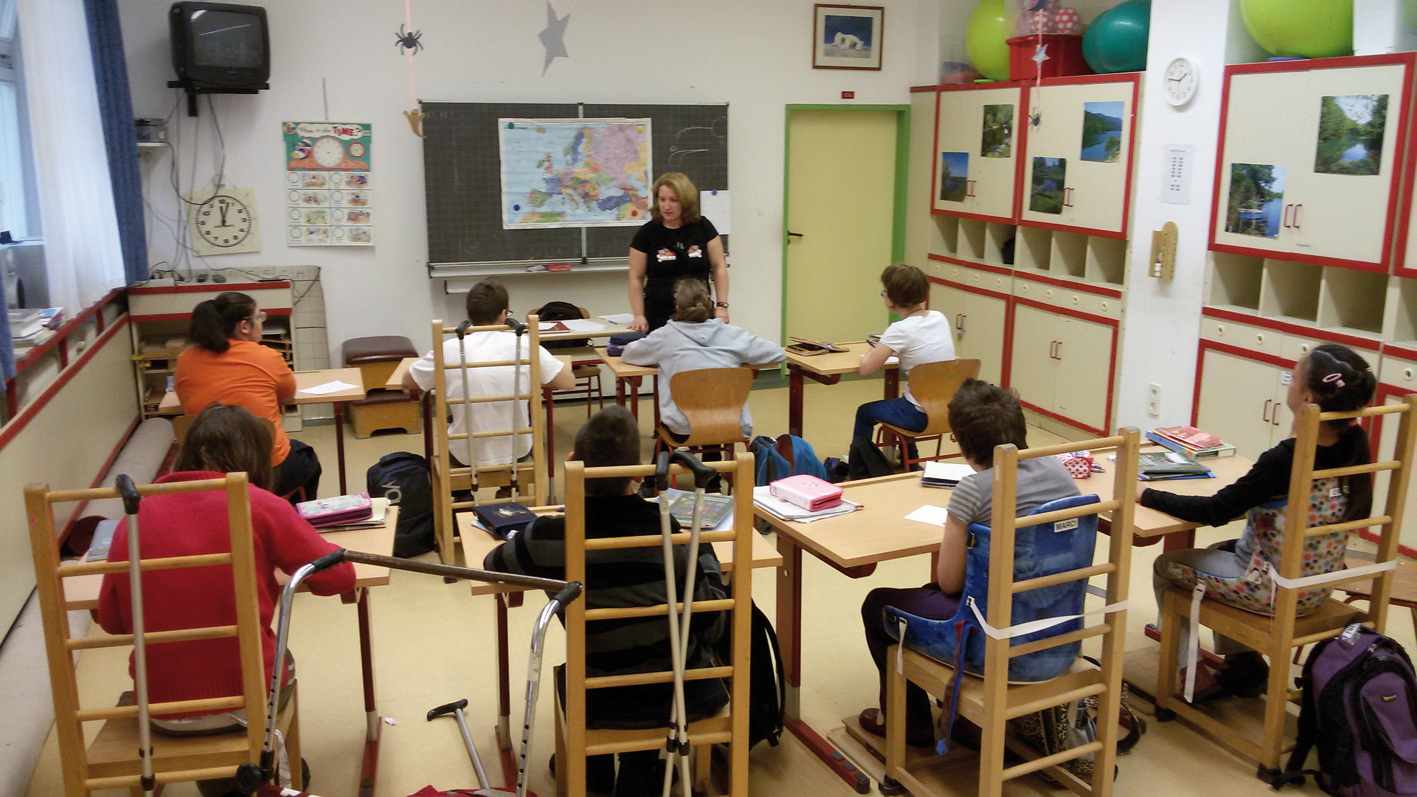 According to the assessment of Claudia Piovano, Managing Director of Galileo Progetti Italian-Hungarian Non-Profit Ltd., their project implemented under the 'Europe for Citizens' programme made the young people involved aware of the meaning of historical differences, as well as the fact that the consequences of decisions made in the past are still with us. The most important result was the demonstration of the fact that remembrance is not about reliving the past but to help the future.

SOCIETY CAN HELP WITHOUT REGULATION

Where did the idea of applying for such a programme come from?

We had already known our partners as we had worked together in another EU programme. That one was about the integration of children with disabilities. At one of the meetings held in Sofia they presented their current situation, as well as what it had been like during the Communist regime. That was when we had the idea of focusing on the issue, in remembrance of the victims of the regime.

Who were your partners?

Four countries were involved in the project. Italy, through Arca Cooperativa Sociale, Florence, then there were two Romanian and one Bulgarian association, as well as Hungary, represented by three institutions: Örökmozgó Non-profit Association, the affiliated school of Pető Institute and us.

What does this subject mean to someone who is not from Eastern Europe?

We didn’t only focus on the victims of the Eastern European Communist regimes, but also those of Nazism and the Holocaust. It’s well known, for example, that Hitler wanted to liquidate every person with disabilities, and many of them were sent to death camps. We found survivors, eye-victims, even someone who could tell us about the conditions 30-40 years ago in the mental asylum of Florence, closed just recently.

How was the project structured?

There was a theoretical, research part; that was when we assessed the educational methods which could be used for teaching about the past and remembrance. As the result of the research, a University professor from Florence and a Hungarian historian wrote a book about the actual tools to be used at primary and secondary schools, as well as with university students.
The other part of the project consisted of making interviews. As I mentioned, we'd found survivors and eye-witnesses in each country. They were visited by young volunteers whom we’d instructed about what we wanted to know, and they asked the old people about their experiences and the given era. The young people filmed it and edited the video themselves, thus becoming part of the project. The project also included a number of meetings. These were always held on some commemorative day, such as Europe Day, the International Day of Persons with Disabilities or the Holocaust Memorial Day. The meetings were also attended by children from Pető Institute, which is particularly important because they were together with the young people involved in the project and they were in direct contact.

Why is it so important for us today to learn about treatments, applied in past eras, which now seem inhumane?

It's still not quite the past. Unfortunately, in many places people with disabilities are still not regarded as whole people. In Hungary, the situation wasn’t as bad as for example in Bulgaria, even under the Communist regime. In Bulgaria, they didn’t seek integration; instead, upon the birth of children with disabilities, the doctors suggested the parents that they shouldn’t be taken home but into an institute. There’s still a lot to do about it. We need to talk about it, not only feel pity about it; we need to make people aware that persons with disabilities can be loved and we can live together with them. We shouldn’t observe them from the outside, but make contact with them. Learning about our past is a good way to understand people with disabilities better.

Perhaps the most important one is that our partners wish to continue the cooperation in this field. The other very important element is that we could demonstrate that remembrance is not about the past, but the future. So when we remember past events we also look at their consequences, which often remain with us to this day. It’s essential, particularly for young people from Western Europe, to learn about the past of Eastern Europeans. You can learn a lot from books at school, but what life was really like should be seen and heard, and the young people involved in the project were genuinely eager to learn about it. We also considered it very important that there should be direct contact between the generations. This way, it will be easier for young people to understand what happened 30-40 years ago.

What did those teens and twenty-somethings involved in the project think about it?

The young people from Italy realised how lucky they were and they had to reassess their situation. They understood how much the different history meant, as well as the great obstacle that poverty presents: without money, you can’t help those most in need. At the same time, they also became aware how much there’s still to do in this field, how much we need to do for actual integration, and that it’s something anybody can contribute to, as the humanity of individuals overcame the obstacles set by regimes and poverty in any era and country. Society can help, even when there’s no law about it. One of the young people said that the project had changed him a lot; he’d understood that mentality could be changed, even person by person. It’s like water drops slowly wearing away a stone…

Why was the European dimension so useful?

We think it’s very important that young people should look at the world from other perspectives than the ones they had known before. I found it strange how little they knew even about their own history. When we were young, there was no internet, we didn't know much about the world, but we were very curious to learn about it. We tried to travel and meanwhile learn about countries and peoples. Today, however – perhaps because not everything is accessible through the internet – young people don’t see any further, even in their own countries; they only know their own little world. They know little about Europe and how others live, even in neighbouring countries. Due to the travels and personal relationships, the participants of the project could learn a lot from and about each other in this respect, too.

You said that you wanted to continue the work on this issue.

Yes, we have several ideas. We would like to disseminate the educational tools and methods collected in the publication as widely as possible, and we're planning specialist courses and short training courses in a number of countries. We and our partners also discussed how, based on this project, the issue of migrant remembrance could be tackled.