Main PageStories and best practicesKindergarten Teachers around the World
Erasmus+ 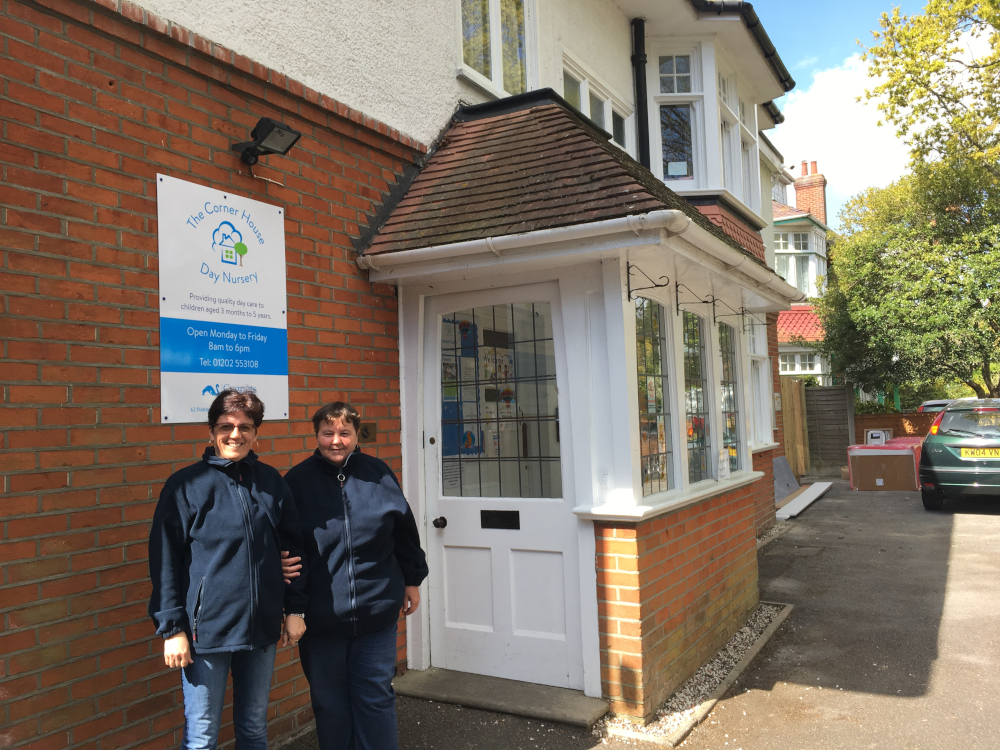 Romania, Latvia and England: the teachers of Szivárvány Kindergarten School of Perkáta took a good look around the world to see how children were educated some distance away from us. Besides their adventures, we also discussed how they could use the experience gained in the Erasmus+ programme here, in Hungary.

Some kindergarten teachers from Perkáta suddenly find themselves in Bournemouth – not a common story, is it? The kindergarten teachers of a small village of a few thousand inhabitants are not generally known for travelling the world. But it’s a different situation when we talk about creative professionals seeking continuous learning at high professional standards. Such people will make any effort to find the opportunities of development, regardless of where they live their lives, whether in a metropolis or a small village in Fejér County.

Originally, the project had been initiated by the former head of the kindergarten school. Since then, there has been a change in the management, but the leaders discuss managing the self-instructing experience exchange programmes on an ongoing basis. "I was browsing the Internet and I just stumbled on the opportunity”, says Tiborné Kovács, former head of the kindergarten. The employees of the institution had been involved in a number of Erasmus+ programmes before, visiting Targu Mures, Sândominic and Nové Zámky.

Many other Hungarian kindergartens could also participate in international programmes; still, many are afraid to apply. “But it’s not that difficult at all!” , the manager says. “It’s true that we live in a small village, but since 2010 we have written over fifty successful project applications ourselves. State funding these days is never enough. So, in order to develop, we need to establish a proactive approach in kindergartens, too.  And it’s the duty of the leader to show the way. A few times we stayed in until midnight to write the application. But it wasn’t a problem for any of us, as we were working together for a common goal. Here, the entire staff is very innovative.”

As a result, the children in Perkáta always have high-quality development tools, the plan of “Treasure Culture Kindergarten” has been implemented, and they could participate in talent programmes. They were able to build relations with other kindergartens – which is useful for both adults and children.

The latest great adventure was a triple trip: three small groups of teachers visited Târgu Secuiesc (Kézdivásárhely), Riga and Bournemouth, England. They had formerly visited England privately, but then they could only check out the kindergartens from outside. Now, however, they were warmly welcome to study the educational work conducted there and learn about the goals of the foreign partner institutions. Although only a few members of the team spoke fluent English, they always had somebody around to interpret for them, and in many cases, the trips also included language courses.

The Romanian and Latvian locations may culturally be closer to our own environment, but in terms of working methods, we could learn a lot from these trips, too.

“In Kézdivásárhely, children are educated in an enormously loving and very practical manner”, Tiborné Kovács tells us. “They don't focus on lexical knowledge; instead, they seek to involve children in every activity, such as baking cookies. They don’t lock the doors, and there may be logs or stones in the courtyard: that’s how children learn what dangers are. They’re not ‘over-regulated’ like here in Hungary. In Riga, it was nice to see the great emphasis they laid on environmental protection and a healthy lifestyle. They don’t have a courtyard; instead, they take the children to a playground for fresh air, but the kindergarten itself is very well-equipped. Education seemed a bit schoolish over there; here in Hungary, we focus more on experiential learning. What we did like very much, though, was that they kept in touch with the parents in closed internet groups. And they have superb beds: you can open up five of them in one single movement! We would be happy to see those in Hungary, too. England, again, is a completely different world: a different geographical location, different circumstances and different socialisation. When there’s only one extra child in the class, they call a helper. It's something we can't do; what we could learn from them, however, is the way they educate their children to love animals: they share the classroom with hamsters, rabbits and cats.”

Of course, every experience is only really useful if you can implement any of it in your home country. According to Tiborné Kovács, it won’t happen from one day to the other, but when they see a good idea, they instantly start thinking about how to ensure the necessary funding and find sponsors. Fortunately, some things don’t require any extra investment: a right approach is something you can easily learn. Moreover, you can even share it with other institutions – because she thinks it’s just as important as adopting a best practice.

These cross-border programmes don’t end after the trip; very often, the greatest adventure only begins afterwards. “We keep in touch with most of our foreign partners and regularly correspond. There were partners who sent us newspapers and greeted the children of Perkáta on Children’s Day. The children themselves could also get in touch: sometimes they can talk on Skype or write letters to each other. We show them on the map where their little friends live. Thus, the world opens up for them, too, they can wave hello to each other and say a few English words. And of course, they are surprised when they learn that there are children in other parts of the world who use an apple or a house for a symbol, too."

The system of appointment and employment, the first weeks of the kindergarten, celebrating holidays... these are only a few of the things that professionals found interesting and adopted best practices from. “I recommend everybody to apply. I’m not saying it doesn't require some effort, but it has great benefits. Tempus helped us a lot: they gave us a lot of useful information during the preparatory programme and while writing the application. Hereby, I’d like to thank them for their work, as well as for the trips which didn’t only spread word of our little village, but also welded our team together."

Zsuzsanna Marczal Cseréné, the current head of the kindergarten said there was no question about continuing the involvement in international projects. "I think it’s important to engage in these joint programmes those colleagues from our institution who didn’t have a chance to travel abroad”, she explained.“My personal favourite was the implementation of the project called “Little People around the World”, in which we cooperated with colleagues from Romanian and Slovakian kindergartens whom we met during the Erasmus+ programme.Our programme came in second at the eTwinning Hungary 2017 competition.Besides, we also prepared for the World Water Day, the Birds and Trees Day and Earth Day together.By keeping in touch on the Internet, the children also learned much about using computers, as well as about the flora and fauna and the environmental protection of other countries."

Zsuzsanna says it's essential that the relationships built during former travels should be maintained and kept alive. As she says, they even had an applicant for a job who applied because she'd heard that the kindergarten ran various training and international professional programmes.

For Zsuzsanna, the most memorable trip was the one to Transylvania. She says she was impressed by the close relationship between the kindergarten teachers and the parents. They celebrate the holidays together, for example, and they even organise camps together. “They’re building a real partnership, engaging the families, too. By now, it’s become my goal, too”, she added.