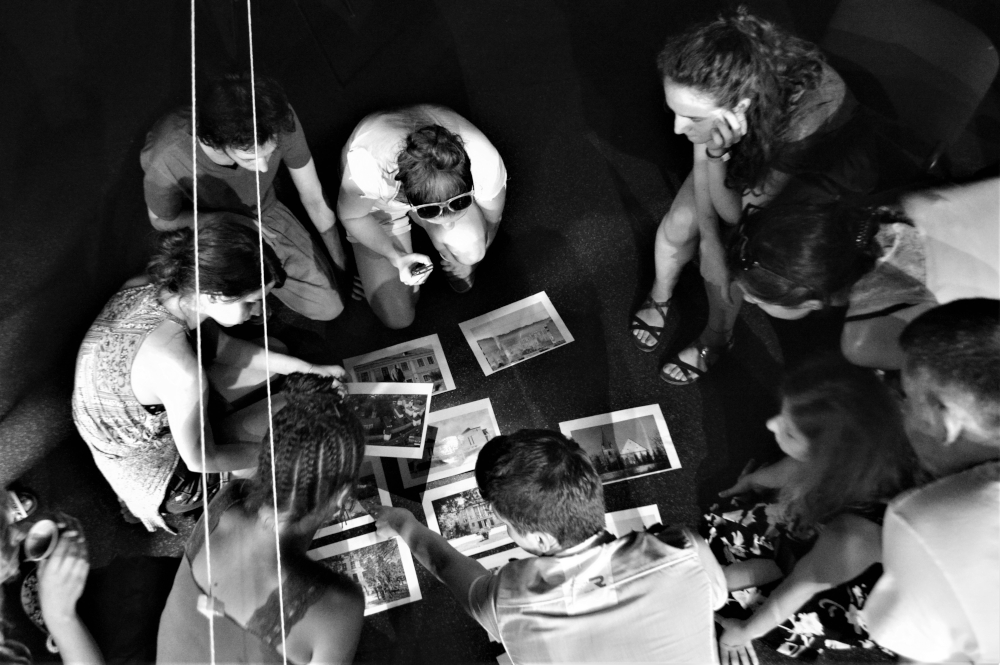 In the past few years, several international higher education partnerships have been implemented under the Erasmus+ programme with the goal of developing innovative contents. They are called strategic partnerships, through which the partner institutions implement their innovative goals in various fields – such as the project of the University of Theatre and Film Arts.

Under the partnership, seven European higher education institutions developed joint training programmes in three fields: camera operator, puppetry training, and applied theatre. The nature of the joint training programmes was decided on during the implementation of the project, but the consortium mostly sought to develop master's courses. The joint courses were designed by specialist work teams consisting of three or four partners. One training programme was completed in each year of the three-year partnership. During the development phase of the programmes, the new methods and training contents were tested at various partner institutions. After the development of the new joint training programmes, the outcomes were widely disseminated at a local, member state and European level, moreover, even beyond the EU borders, at the forums of international professional organisations. The project ended in August 2017, but its impact and the outcomes are only reaching their height now.

Beyond the success of the project, the cooperation launched under the Erasmus+ strategic partnerships yielded other results, too. As the camera operator work package was further developed, the Erasmus Mundus joint master’s course called Viewfinder won funding. Along with a former winning Mundus programme (DocNomads), the training offer of the University of Theatre and Film Arts became very varied after getting involved in international training programmes. Due to conscious project planning, the courses were designed to fit into the strategy of the university.

And what lies behind the success of the projects? According to Coordinator Erika Winkler: ”The projects are a creative and flexible combination of ideas and funding opportunities.” At the International Grant Programme Opportunities in Higher Education Information Day she explained that a number of crucial factors contributed to the success. One of them was, for example, that the partnerships were launched in a university field where the demand for internationalisation is the highest among teachers. Besides, the former projects provided conscious skills development for teachers: English language and professional training, international perspective for academic progress. The broadest possible partner network was built; we established proven working relationships with 13 European universities, often in several projects, the professional, educational umbrella organisations and professional associations continuously promoted international involvement, which further widened the circle of potential partners. During former partnerships, the project management became able to meet bigger challenges, and therefore risks were also reduced. The university management's attitude has changed over time: tolerance turned into support and ‘utilisation’ (such as increasing teachers’ motivation, financial loyalty, the domestic and international prestige of the university, the university’s assets, beneficial effect on Hungarian education, usable elements of excellence, adaptation of leading processes into the core activity, quality assurance, financial management, a developing attitude). Besides all this, it is important that the financial, legal, academic and technical background apparatus have become supportive, and it also meant a lot that from 2005 to 2014, all the international partnerships were centrally managed from initiation to implementation.

The projects of the University of Theatre and Film Arts fit into the strategy of the institution in close connection with each other. The strength of the projects of strategic partnerships is that they simultaneously offer external, domestic and international, as well as internal, in-house opportunities of cooperation for the university, thus creating synergies. The outcomes are well definable and palpable. The partnership mobilises a large number of teachers and students, which allows many people to be involved in professional development and processes. Also, projects are followed by very diverse and consciously structured dissemination activities, which multiply their impacts.