Main PageStories and best practicesFreedoms in Focus
Europe for citizens 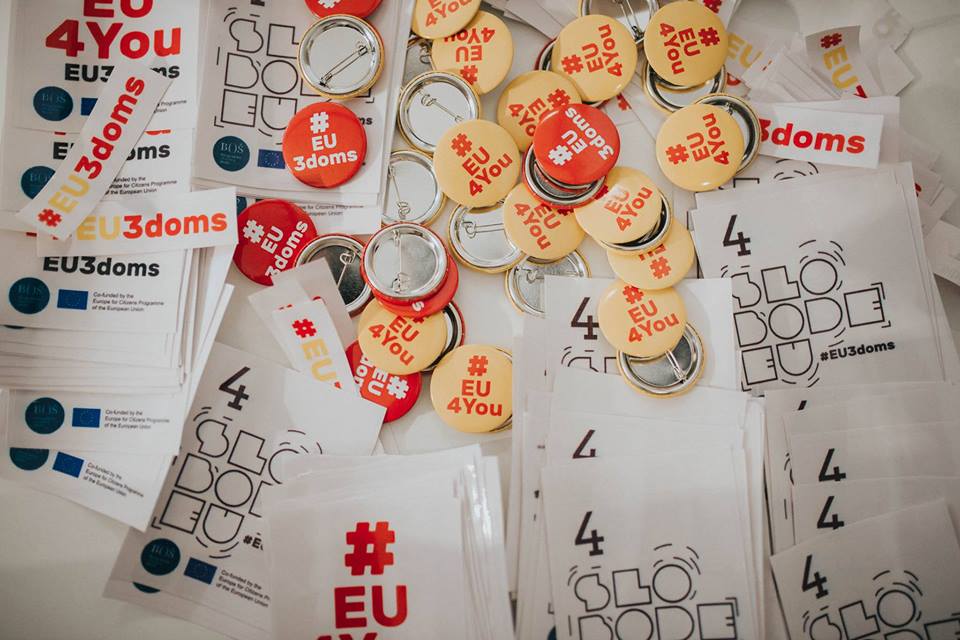 The programme series called EU3doms was held with the involvement of young people from Hévíz; the programme series was implemented under the Europe for Citizens programme, focusing on the four freedoms of the European Union. While the children learnt about their fundamental rights and the mechanism of the European Union, the adults involved in the project discussed serious issues concerning the free flow of capital, goods and services, as well as the free movement of persons. We asked József Kepli, Mayor of Hévíz about the programmes implemented.

Applicant organisation: Hévíz Város Önkormányzata / Municipality of Hévíz
Project title: Debate on the Future of the Four Freedoms of the European Union
Action: Network of towns
Year of application: 2016

Why did you consider it important for Hévíz to participate in the EU3doms project?

Our town has an active network of relationships, with a number of similar, currently active programmes. Our educational institutions have also expressed an interest in getting involved in such international programmes. In cooperation with Hétfa Research Institute, we started to look for EU programmes through which we can also address and involve the younger generations. That is how we found the EU3doms project, focusing on the four fundamental freedoms of the European Union, that is, the free movement of persons and the free flow of capital, goods and services. Our goal was to conduct an open dialogue with our partners about these fundamental rights, as well as to engage children – in this case, quite young, primary school children – in some creative research activities, which they also presented at each venue. It was also a clear goal to help children to see the world and meet young people from other countries, as well as to learn about the freedoms, of which, as I see it, very often even adults are not aware.

How were the programmes implemented in the towns involved?

The closing event was held in Eisenstadt in mid-November, preceded by events held in Belgrade, Csíkszereda (Miercurea Ciuc), Nis, Hévíz, Southern Slovakia and Lendava. Since the project primarily addressed children and young adults, the programmes dealt with the freedoms in a manner adjusted to their needs. Each town came with a different set of issues which the children approached from their own perspectives. However, each foreign event also included a conference, where adults were also given an opportunity to discuss these questions and issues with the involvement of experts. In Belgrade, for example, the main question was what challenges we, as relatively new members, faced with during the accession. It was a particularly important issue for the Serbian partners, waiting for the accession. With the colleagues we could openly discuss issues which are still unresolved or could be improved within the EU.

What did the August event in Hévíz focus on?

The programme in Hévíz focused on the free flow of capital. Since it’s a topic which is relatively difficult for young people to fully grasp, the team of Pillar Foundation organised playful programmes to make it clear for the youngsters what it actually means. Meanwhile, the adult participants and experts engaged in conversation on how foreign insurance companies could join the Hungarian healthcare system. By ‘joining’ I mean how foreign health insurance companies could finance the medical treatment provided to their clients in Hungary. This is an issue of special importance for Hévíz, but our partners broght lots of other examples, too. These meetings were very constructive, and, as commonplace as it may sound, the greatest lesson drawn was that, although we have conflicts and differences of opinion about certain issues, there are also some shared values and basic principles which we all agree on. One such firm foundation is, for example, the four freedoms of the European Union.

What preparations preceded the event in the town?

The municipality prepared a publication which focused specifically on freedoms and explained the opportunities open to any EU citizen. Many are not aware that anyone can request the services of certain EU institutions; the publications – also available to the broader public on the internet and in a printed form – explain this process and how it works. Besides, a questionnairebased survey was also conducted.

What lessons were drawn from this research?

The questionnaires implied that people felt EU institutions too distant to turn to with their problems, maybe ideas or suggestions for improvement, although this is possible. The majority of the respondents regarded the EU as some bureaucratic organisation, and this is the kind of attitude we seek to change through this social campaign. We want to show them that all EU citizens are equal, regardless of when their countries joined the EU. This is because an interesting lesson drawn from the conversations conducted during the project was that the citizens of the member states that joined the EU later – including Hungarians – feel as if they had fewer rights than those of long-time member states. Such projects are also very useful in dispelling these misconceptions.

Which topic generated the greatest interest among the representatives of the towns involved?

The migration of labour was raised as a topic at almost all the locations, because we would be very happy if those young people who today, for some reasons, decide to seek employment abroad, later saw a point in returning to their home towns. We find that young people don’t only leave to find employment in larger cities because they offer better opportunities, but also because town leaders do not hear and do not listen to young people’s voices. We received a lot of positive feedback about how children appreciate being asked for their opinions, and thus they can also see more point in expressing their thoughts.

What do you consider the greatest achievement of the project?

I know about organisations which were established due to the project; one such organisation is the Old Students’ Association of Hévíz, seeking to enhance the dialogue between young people, which is a great side benefit of the project. Besides, it’s also important that the children made international contacts, which are easy to maintain and thus kept alive through the social media. The social networking website makes it apparent that they’ve also started some sort of communication about these issues, which is very important. That’s because I believe that changes in people’s thinking aren’t induced by some large-scale, centrally controlled programmes, but by personal experiences, communication and encounters.