Main PageStories and best practicesExchange of Experience with Music, Dance and Singing
Europe for citizens 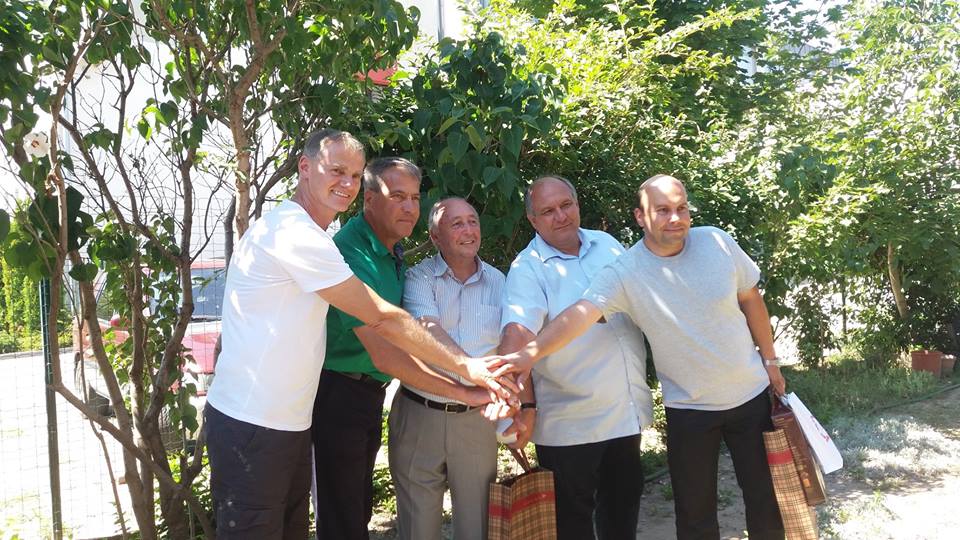 950 years: that’s what Alsónémedi may be most proud of. That’s how long people have provenly lived here between the rivers Danube and Tisza, in one of the longest inhabited settlements of Pest County. Such a long-established settlement has a lot to say to its „neighbours”, and, due to the Europe for Citizens programme, the citizens of the town have had an opportunity to exchange experience with their twinned towns several times.

EXCHANGE OF EXPERIENCE WITH MUSIC, DANCE AND SINGING

If you read the entire history of the town, you can see that its long-standing existence wouldn’t even have been possible in any other way than by the continuous cooperation between small communities, as well as by maintaining good relations with the neighbouring settlements. Therefore, they found it easy to open to the world more and more when their project, called “Let’s Learn Democracy” won them considerable funding to organise town twinning meetings.

The Municipality of Alsónémedi had already organised a town twinning meeting back in 2013, due to which they were also invited to visit the other towns involved: their representatives travelled to Italy, Macedonia and Poland. In the beginning, the emphasis was on getting to know each other, but later these meetings became more and more thematic and goal-oriented. “The Polish partner asked us, for example, to involve as many young people in the programme as we can, and to prepare with a presentation related specifically to Hungarian culture, if possible”, Gabriella Zagyva environmental and grant application consultant recalls. “For us, it was a new challenge, but we were very successful. Eleven young people who are also actively involved in community life in their home town were given an opportunity to participate – for them, it was a kind of reward. But the most memorable moments of the meeting in Poland were when the entire delegation joined the Hungarian dance performance: the vice mayor and the notary lady were also dancing on the stage, while our pensioners prepared twisted doughnuts. This, I think, is our strength: we can mobilise all the generations and the representatives of each social group.” Of course, the Hungarian delegation wasn’t the only one to introduce  itself, but they were the most successful ones, Gabriella says. This, however, wouldn’t have been more than a nice experience if no further efforts had been made to continue the cooperation. “In contrast to the seven or eight couples dancing there and then, our folk dance group now counts over sixty members, and they are even booked for a performance in Transylvania next year. We have built a nice community, and this process once started here, due to this programme.” It is a tiny example, but a good demonstration of how well-conceived value creation can bring benefits both within the town and in foreign relations – it is a win-win situation, even in the long term.

Based on the positive experiences, the municipality has enthusiastically applied again this year, and the consultant says the opportunity really came in handy since Alsónémedi is celebrating its 950th anniversary this year. They organised programmes commemorating the anniversary throughout the year, and also organised a ten-day international meeting around it in August. The refurbished community centre was also officially opened, and they organised excursions and workshops, too. The emphasis, of course, was on communication; encouraging participatory democracy, small community programmes and the cooperation between the civil society and municipalities. The focus was again directed on these goals when the next twinned town programmes were organised. Today, the municipality maintains very good working relationships with Transylvania, Macedonia, Poland, Malta and Turkey. Besides municipalities, the partners of the current project already included cultural associations, too. “We invited many participants specifically to the anniversary events, and accommodated as many as we could with local families so they could make personal relationships. It was nice to see how easily they overcame even linguistic difficulties.”

The programme included both entertainment and learning. The local residents of Alsónémedi, for example, performed a rock opera, with lots of participants. “Everyone was asking how we could get the members of the community involved, how we could achieve all this.” Since then, the Turkish partner has been seriously considering a folk dance exchange programme, where the representatives of various countries could learn each other’s choreographies. But there’s still a lot more.

As Gabriella says, it would be important to launch projects which everybody could continue in their respective home towns and villages upon returning. Besides population ageing and migration, the common issues of reducing waste and selective waste collection were also addressed – these are critical issues in each country today. “We also invited a national non-profit organisation to participate in the exchange of experience: experts from Védegylet Association held a professional workshop in the matter. Each participant could present the initiatives of their respective communities – you can learn something form everybody during these occasions. Actual project ideas and opportunities were also raised; moreover, Védegylet Association even offered to help implement them.”

BUILDING RELATIONSHIPS AT EVERY LEVEL

Gabriella says they have always wanted to avoid making these events too official, so that not only institution heads and officials could travel, but also common citizens from the village. “We received really great hospitality everywhere, although Italians still need to learn a little time management”, says Gabriella, laughing. “What I like about these meetings is that, beyond the official programmes, personal arrangements are made everywhere in the most diverse matters. Not only town leaders find new partners, but also, for example, cultural associations or simply the representatives of the local inhabitants.”

Back in 2013, the citizens of Alsónémedi were only learning about how to organise, too, and they needed a lot of improvisation. By now, however, everything goes smoothly, as they say, and it has fine results, too. “We are increasingly convinced that the path to solving any social, economic and environmental problem leads through small communities. We shouldn’t expect results from above. However good plans there may be, each idea makes as much sense as much of it is implemented in practice. The municipality may have good ideas, but we could never implement them without the people. And that requires functioning communities.”