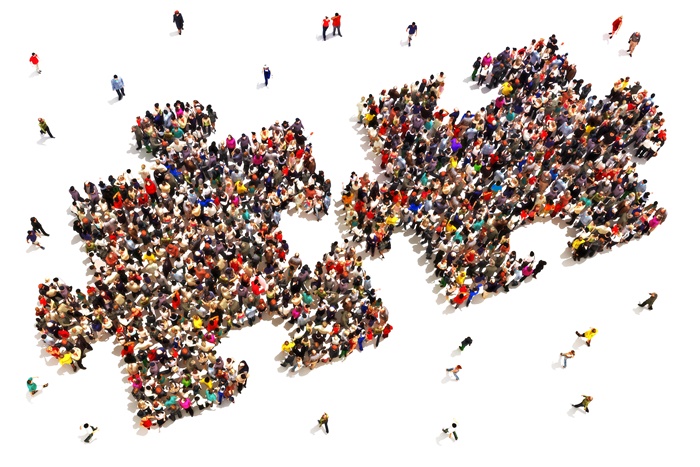 The three-day-long event series called St. Michael Day’s New Wine Festival has been organised each year for 22 years in Nemesnádudvar, Bács-Kiskun County, where locals can meet people coming from their German, Serbian and Slovakian twin towns. This year’s event, held between 26 and 28 September and financed by the Europe for Citizens programme, focused on the issue of family. We asked one of the project coordinators, Mátyásné Jaksütz about the experiences of the project and the twinned town relations.

FAMILY IS THE CORNERSTONE OF EUROPEAN CITIZENSHIP

How did the relationships between the twin towns develop?

Each one of our twin-town relations date back to over 20 years ago. Most of them are based on family relations arising from resettlement. Those coming from Diószeg used to be transferred here from Upper Hungary (now Slovakia) – the relatives of their mayor, for example, live in Nemesnádudvar. Our Swabians, the founders of Nemesnádudvar, came from the neighbourhood of Neibsheim 290 years ago.

‘Family is the Cornerstone of European Citizenship’, says the title of the event. Did you choose family as this year’s focus because of the family relationships in the twinned towns?

Yes, that was the main reason. The topics of family and togetherness were represented in each programme, and the cultural events were also based on them. On the second day of the three-day event series, for example, the participants of the handicraft workshop presented the customs and cultural values that the resettlers had brought with them. For example, children were taught how to knit slippers.

So there were various age groups involved in the project?

Yes, every age group was represented, from little children to almost the age of 90. Kindergartners, for example, performed folk dance. The older generation, on the other hand, taught children handicraft.

Were there any new elements in the event series, compared to previous years?

The changes affected the conferences. Formerly we held one conference during the several-day-long event series, on Sunday. Last year and this year it was expanded to all the three days. We introduced the changes so that everybody who was interested could attend, from villagers to guests, not only the special guests. By organising conferences for all three days, we managed to involve the inhabitants of the village in these discussions and workshops, too. Although a lot of translation was necessary, as speeches were delivered in German as well as Hungarian, everything worked fine.

Did the project benefit from the fact that this year it was financed by the Europe for Citizens programme?

Yes, we could implement a lot more programmes, and could therefore present the local characteristics and customs better. Also, the project changed the participants’ way of thinking, since we have relations who don’t belong to the European Union yet, although they’d very much like to. During the meeting, those from outside the EU had a chance to meet people from various EU countries, they could learn about each other’s lives and views, and how they related to family and work. Therefore, they got an idea about why it was worth for them to wait for the EU membership. We have received much positive feedback about the project, and we will definitely organise it next year again.

Throughout the three-day event series, the emphasis was laid on studying and discussing the relationship between family and work at a European level. At the conferences and workshops, the participants mainly discussed the importance of a family policy and its impacts on social and economic life. In his introductory speech given on the first day of the meeting, Dr. István Kovács, the Mayor of Nemesnádudvar emphasised one of the most frequently quoted statements of the event series, namely that in order to keep the European Union’s economic operation and social system sustainable, demographic renewal is inevitable. “Adverse demographic processes present serious social, employment and budgetary challenges for any government in power already in the short term, and therefore keeping the issue on the agenda and finding solutions are vital for Europe”, he said.

During the event series, it was repeatedly pointed out how important it was to ensure work and subsistence, because the lack of these can have an adverse effect on the lives of families. It is because many leave their homes and families in hope of a better living, or are forced to concentrate on their work only, neglecting their family lives. Since the participants did not only come from the European Union, it was also possible to examine how the EU-membership (or lack of it) influenced the lives of families.

By the end of the programme series, the participants worked out proposals for themselves to promote the harmonisation of work and family. For example, they set the goal of encouraging and supporting the creation of jobs at a local level, in order to reduce the number of those who leave to make a living elsewhere. Besides, the role of motherhood will also be given special importance in the future. By seeking to ensure employment and career building, they will try prevent women from having to decide between family and work even after childbearing. The participants of the event series hope that through these commitments, the role of family can be further enhanced, and thus family can really become a cornerstone of European citizenship all over the EU.