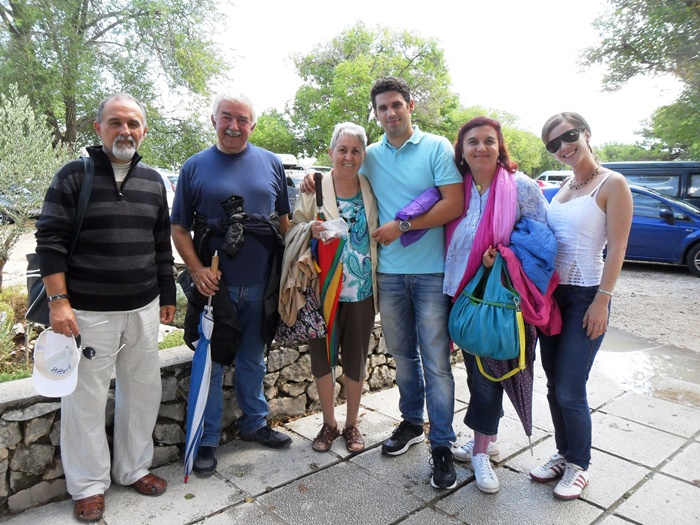 This summer, the ‘Four Generations for Europe’ European Picnic was held in Felsőnyék as part of the ‘Europe for Citizens’ programme, mobilising 180 citizens from 13 foreign municipalities. During the meeting, the participants mainly focused on environmental protection, sustainable development and the responsible use of new and renewable energy sources.

PRESERVATION OF NATURE BY SMALL SETTLEMENTS

As we have learnt from Zita Nagy, a key figure and programme manager of the event, Felsőnyék has maintained very close twinning relationships with a number of foreign municipalities for years. The idea of this programme came from those living in Felsőnyék; the first such event was held in 2012, and the positive experiences clearly indicated the need to continue.

Just like in many other small settlements, organising the event brought the inhabitants together. Whereas formerly the sense of solidarity was not so strong in the village, such a big event required preparations from everyone: arranging the programmes, the translation jobs, as well as providing accommodation to guests needed support from all.

The picnic itself was several days long. The first two days of the event series began with an official welcome speech, and then the participants held informal discussions to tackle issues which the organisers grouped around three major topics. The participants exchanged views on climate change, sustainable development and new and renewable energy sources at a number of plenary sessions, followed by group discussions. Work went smoothly, due to the support from experts and interpreters.

One of the most spectacular programmes of the picnic, the procession, which involved the entire village and all the guests, took place on the second day. The procession and the consecration of the Urban statue, based on local traditions, were held on Saturday morning; then, in the afternoon, the foreign guests took the responsibility of entertainment – each team had to do a performance which included their own, local characteristics, adding to the pleasant atmosphere of the day. In the evening, the guests and participants were entertained with a closing celebration and fireworks.

This picnic has already made it clear that any sensitisation and education should begin at school. The drawing competition partly served that very purpose; schoolchildren from the surrounding municipalities illustrated their thoughts on the three major topics. The best drawings were selected by the votes of the participants. Educating children to success should begin at as young an age as possible; that’s exactly why it’s so important that young people’s failure-avoiding attitude should be replaced by a success-oriented approach. The Mayor of Felsőnyék, Dr. Béla Balogh provided support to that; it was him who suggested that the method of learning and mastering the ten pillars of success be presented.

Most discussions at the picnic focused on the biggest topic of the entire meeting: what small settlements can do for the preservation of nature. It was the (new) Croatian partner, the representatives of Biograd who could help everybody a lot. The Croatian group came from a town which is surrounded by several national parks, so for them the protection of nature is a priority. Environmental protection is all the more necessary, because Biograd basically lives on tourism, and therefore the preservation and protection of its natural environment is a must for the welfare of the town. At this year’s meeting, it was just the protection of national parks and the environmental risks they are exposed to that they could share a lot of good practices about.

The participants of the picnic gained a lot of knowledge in a number of fields: now there are more of them who are more consciously and deeply interested in environmental protection; in many issues, better knowledge is available; and it is at least just as important that environmental awareness is now not only reflected in the words of those who participated in the programmes and the discussions, but also in their actions. Love for nature has also become stronger, which means further benefits for the small settlements.

The outcomes were disseminated by the local and county press, as well as the participants themselves. International and domestic programmes organised for children has had a long tradition in Felsőnyék, so the best way to achieve results and maximum effectiveness is to make the programmes enjoyable for them, and they will then tell the world about them. Certainly, publications, brochures and newspaper articles were also published, so that those living in nearby villages and towns, as well as in the county, can learn about the outcomes, too.

The involvement of the Croatians also added a lot to the success of the event. The professional material compiled with regard to the protection of national parks has already attracted much interest. The first step was to make the closing document available to the other schools in the micro region, too, with support from Klebelsberg Institution Maintenance Centre (KLIK). KLIK has already indicated its intention to present the educational material in more institutions, and as a kind of spin-off effect, a private company has also expressed interest in using the material in adult education. This is to show again that a common, European-level thinking leads to tangible results, which, in this particular case, can contribute to the survival and preservation of national parks. Zita Nagy also told us that in Felsőnyék great emphasis is laid on the education and support provided to children, so the next generation can experience being a European citizen at first hand. The meetings had other benefits, too, as several modules were developed which can be integrated into everyday education, which have been tested, available and ready for use by teachers in their day-to-day work. Also, we shouldn’t forget that there’s no greater motivation to learn languages and present new ideas than an opportunity to travel abroad regularly, both for pupils and older generations, or to receive guests and think together about the problems which affect young people in any part of Europe. That is what the opportunities of the ‘Europe for Citizens’ programme provide support to, and also, what those who devote their free time after work to organising the programmes and helping the children work for. It is because these are the very programmes which can change the way today’s children think about important issues of the present, and events such as this picnic can also bring Europe closer to them.