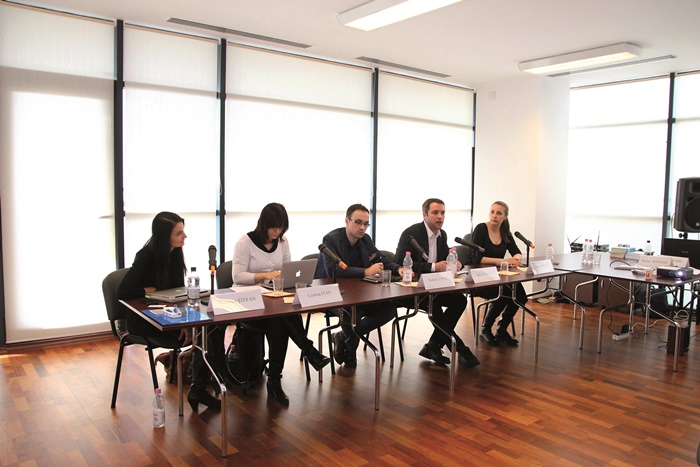 Republikon Foundation has already implemented a number of projects under the Europe for Citizens programme. Last time they addressed the issue of fighting against political extremes and Euroscepticism. The project was co-funded by the EU programme, and it focused on major issues affecting the EU through research, studies and discussions. On behalf of the Foundation, Dániel Mikecz told us about the project.

FOCUSING ON THE FUTURE OF THE EUROPEAN UNION

What was the goal of your project?

From the point of view of European integration, it’s particularly important to be aware of the sociological factors which shape the attitudes towards the EU. In this project, we relied on research, domestic and foreign conferences and cultural events to study the European society’s attitude towards the EU, the strengthening of extremes, and we also sought to enhance citizens’ democratic awareness and commitment to fundamental European values. Another goal was to call the attention of the domestic and European public opinion to the achievements of the European Union and the benefits enjoyed by each member state. We wanted to emphasise that, in order to make the EU’s operation more effective and overcome the challenges, citizens must be widely informed and more actively involved in European affairs.

What events and activities were implemented in the project?

In the initial, research stage of the project, we got a clear picture of European citizens’ attitudes towards integration. We could break these attitudes down by demographic features. In the dissemination stage, we organised events in Hungary, Poland, the Czech Republic, Slovakia and Romania until summer 2016, with the involvement of 10 international partners, as well as Hungarian and foreign politicians, experts, analysts, civil and youth organisations and activists, journalists, opinion-shapers and citizens who were interested.

What new elements and methods did you learn about or use?

A new feature of the project was that, instead of the common anti-EU and pro-EU distinction, we introduced new categories. They were Eurosceptics, moderate EUsupporters and federalists, because it’s very important that disagreement about the direction of integration will not necessarily make you an Eurosceptic. With European politics having become domestic – mainly due to the Greek debt-crisis and the migrant crisis –, opinions about European affairs have become much more pluralistic. The significance of the new categories, therefore, lies in that they can indicate the political preferences of European citizens in a more sophisticated manner.

What are the most important achievements of the project?

The research was conducted back in 2013, the findings of which indicated that at that time, the opinions about the EU were wellbalanced, with 31 percent of Europeans holding federalist views, 32 percent being Eurosceptic and 37 percent moderate EU-supporters. It’s important to note that at the time of project launch, Europe was facing different challenges, and Eurosceptic parties weren’t as strong as these days (just think of the British exit, or ‘Brexit’). In further breakdown, the figures showed the differences between the individual countries, which didn’t depend on whether these member States were old or new, big or small. The Czech Republic, for example, similarly to the UK, was rather Eurosceptic, whereas Germany, Romania and Hungary supported integration.

How can you use these results in everyday life?

The European Union can only be successful if we can launch a dialogue on the future of integration which doesn’t go beyond its limits. The change we hope for would be if sceptics and the supporters of a close federation didn’t feel that their opinions were a taboo. It can only be the goal of extremist powers putting the blame on the EU and those interested in disintegration and a weak Europe.

What did the partnership give to the participants?

The most important thing for us was that we could cooperate with civil organisations and scientific workshops of four member states in our region, that is, Poland, the Czech Republic, Slovakia and Romania. This project was exemplary in the sense that the organisations of these post-communist countries could discuss European issues autonomously. Of course, on these occasions special issues and challenges which affect these countries are also brought up. The project also allowed us to assess our roles within the EU based on a common past which connects our countries, as well as on our similar structural situations. We also had a chance to discuss the differences between the individual countries.

Are you planning to continue the project?

During the project, we developed close working relationships with a number of partners. Taking into account the recent events in Europe, we have a serious intent to continue the project under the Europe for Citizens or some other programme.